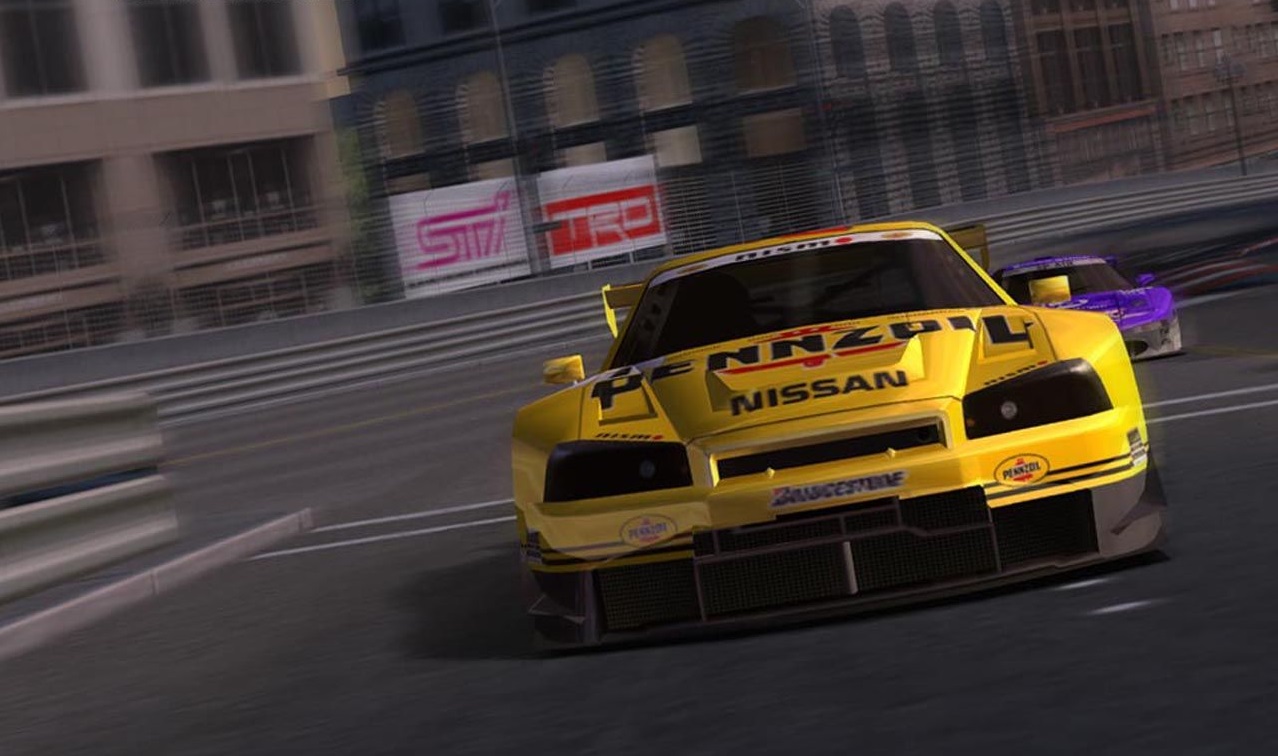 Imagine a racing game where the cars grip the road with almost glue-like quality, that can accelerate to maximum speed in the blink of an eye, where races are dull affairs essentially comprising the movement of a weightless metal block from A to B in the most efficient manner possible. Doesn’t sound like much fun does it? That’s because the primary challenge, (and therefore gameplay), of a racing game centers around the relative unwieldiness of the car. This challenge can be further expanded upon by offering multiple vehicle-types, all with different handling characteristics, as well as a variety of road surfaces with which the vehicle traction can be affected.

So what relevance does a driving game bear on the subject of animation? Analogies aside, relative unwieldiness, created by inertia, is one of the most basic and often overlooked avenues of character driving with which we can improve that all-important fun-factor that games strive to produce.

Though touched on earlier in the article Player Control: Fast vs Slow, inertia does not deal with the speed and responsiveness of animations themselves, but instead with the movement of the character through the gameworld, which is closely linked to the animator’s driving animations.

With regards to the player character, a distinction should be made between desired speed and actual speed. With no inertia at all, pushing all the way forwards on the thumbstick would cause the PC to immediately break into an all-out run. Similarly, changing into the opposite direction would cause the PC to instantly “turn on a dime’ and continue in that new direction at top speed.

Throwing inertia into the mix causes a delay between the character’s starting speed (actual speed) and the all-out run (desired speed) in the first case, and causes the character to slow down before turning 180 degrees and building up to speed off in the opposite direction, providing an opportunity for the insertion of a “turn 180” animation, as well as a gameplay penalty for abrupt turns, as first applied in Mario 64.

Desired speed can also be illustrated by the player releasing the thumbstick into the neutral position or deadzone, causing the desired speed to become zero, and again there is a delay before the actual speed reaches zero. This causes the PC to travel a distance before stopping, providing another opportunity for the insertion of a inertia-based “stop” animation.

Importantly, the time-delay value (created by a rate increase/decrease per second limit) for acceleration and deceleration should be independant of one another, as deceleration will typically be required to be faster than acceleration – players do not want to die running off cliffs having released the thumbstick a second earlier.

After speed, the second opportunity for the inclusion of inertia is turn limiting. By limiting the player character’s rotation rate, (in degrees per second ), we can provide the feeling of “steering” the character around the environment. This also provides the opportunity for two more inertia-based animations – the aforementioned “turn 180” and a “run-lean”, which has traditionally been created via procedurally tiliting the PC, but a unique animation (blended into more depending upon turn rate) keeps aesthetic control in the hands of the animator, not least the all-important ability to adjust the pivot-point for correct weight distribution.

With regards to NPCs, care must be taken to ensure they anticipate and therefore do not overshoot path-finding points or nodes in your game. Aesthetically, their amount of inertia should be adjusted relative to the player’s speed so as to not look un-natural within the rules of the project’s gameworld, just as gravity is universal, but should be balanced for gameplay purposes such as being able to escape and/or target enemies.

The amount of inertia you will wish to include will vary depending upon how much the game in question relies on fast player reactions or “Twitch Gameplay”. The more the inertia affects the PC, the less wieldy they become. Games such as Ninja Gaiden and Devil May Cry would suffer greatly from a dispraportionate amount of inertia, whereas the Mario series thrives on it, becoming a vehicle for gameplay and another tool to add to the designer’s arsenal.

Achieving the correct amount of inertia is paramount to the player’s enjoyment in driving around their character. Too much and the whole game can feel slow and unresponsive, but too little and a golden opportunity for adding another layer of fun to the game is lost.