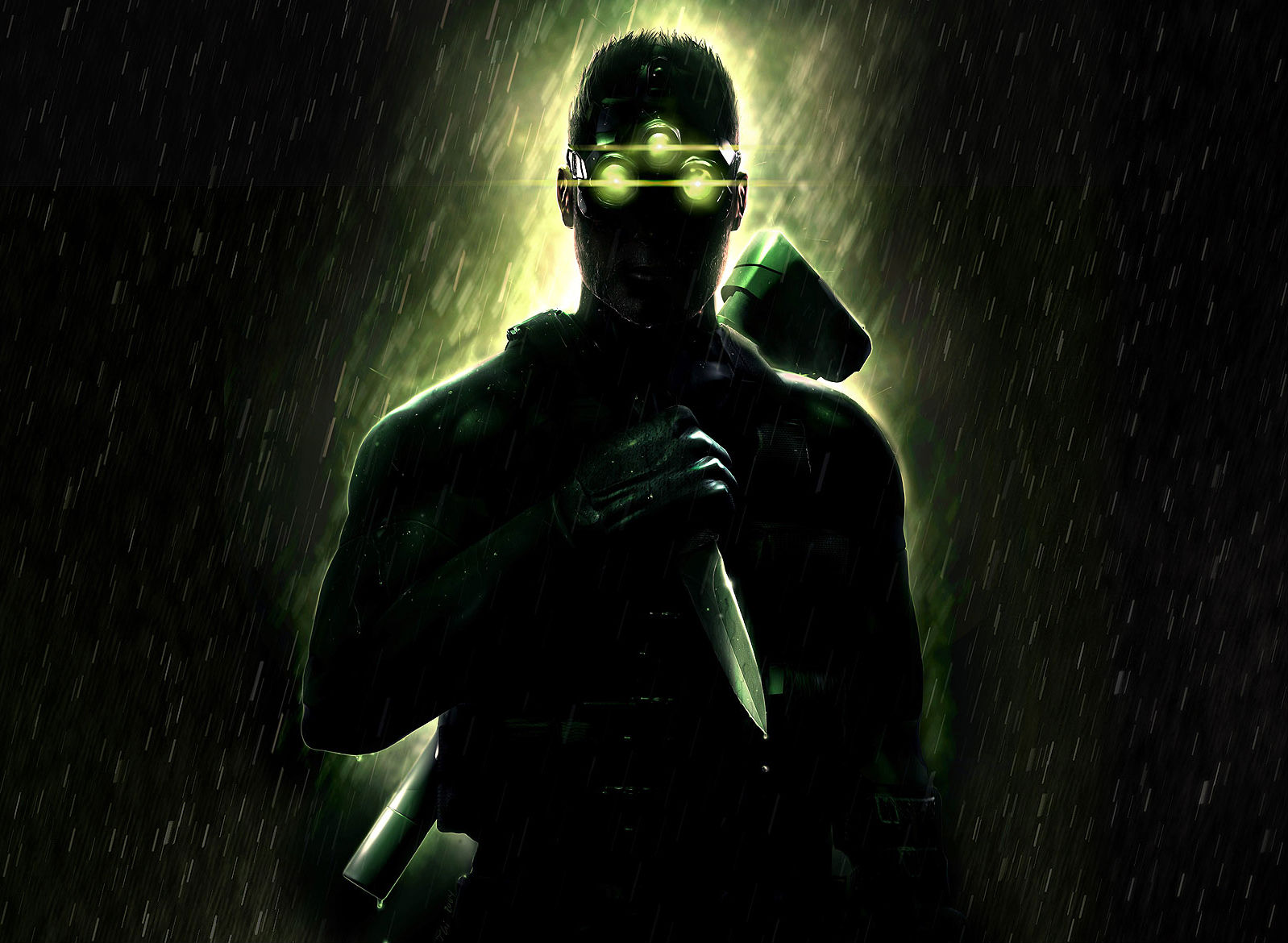 Building on the stealth-based reliance on gadgetry and darkness of previous installments, Chaos Theory offers a more open-ended approach to each situation, populating the less-linear levels with more forgiving (or fallible) AI, losing their super-human eyesight, allowing the player many more creative ways to dispatch of each enemy (or not) as they see fit.

Gameplay aside, Chaos Theory features the most advanced realtime IK system I have witnessed in a videogame so far, making player character Sam Fisher convincingly connect with the environment and pushing the medium ever closer to true procedural movement that is entirely under the command of the player.

IK is used extensively in this game, allowing Fisher’s feet to convincingly conform to inclined collision on stairs and ramps (though ramp collision is used for stairs also) whilst walking and standing still.

In order to avoid hyper-extension of the IK limbs, all driving and idle animations have been created with Fisher’s legs slightly bent, though this can also be achieved by procedurally dropping the root-bone every frame, depending on the lower of the two IK feet, or the incline angle taken via a normal-check.

IK is used not only in the up/down axis, but also to prevent the feet slipping and rotating as Sam changes his direction. This is prehaps the simglemost difficult area to prevent unnatural movements due to the player’s ability to change direction at any point in a walk/run-cycle, regardless of which foot the PC is on, which would greatly affect a real person’s balance.

As it would be undesirable to wait for the correct foot to come into contact with the ground before allowing a weight-shift to the new chosen direction, Splinter Cell’s developers have come up with an aesthetic solution to lessen the effect of the still-present unnatural weight-shift by locking the feet’s position and orientation during the shift to the new direction.

This creates a subtle, almost unnoticeable, re-affirmation that the player character’s feet are firmly taking the weight during the course of any unpredictable movements the player may perform, but it is with this subtlety that game animation slowly creeps towards more believeable motion that does not jar the player out of the experience.

The crowning glory of Chaos Theory’s IK system, however, goes to the advancements in Fisher’s weight-taking as he moves from idle to walk and vice-versa.

Typically when the player releases forward movement on the joypad thumbstick, the player character will either procedurally transition into the idle animation, or play a walk/run_stop animation created to show the shift of weight and foot movement required during this (often immediate) change in momentum.

However, chaos theory appears to use an advanced combination of foot and root-bone IK to hold Fisher’s current pose – perfectly apt should he be required to “freeze” while sneaking up on his quarry.

The simplest way of achieving this is to rapidly slow (or immediately stop, depending on the PC’s momentum) the playback of the current run/walk/sneak cycle so it holds the current frame of the animation.

Next, the IK of any foot mid-stride must be dropped to the floor, maintaining its horizontal position. Finally, the root-bone position also drops to provide the appearance of Sam taking his weight, (in non-duress situations only), and assuming a more comfortable position rather than eternally holding an unnatural mid-stride pose. The Ubisoft developers have even had the foresight to provide a little overshoot on the procedural root-drop, giving the action a natural bounce that would otherwise appear mechanical were a simple linear transition to be used.

Importantly, the sneak action’s playback must resume from that same held pose again to provide a smooth transition out of the idle.

All these actions combine to produce a completely variable, and importantly, player-defined idle pose. Be it whether Fisher is standing on uneven terrain, or at which point he has broken from his stride (or both).

The developers even show off with the added ability to always connect Fisher’s left hand to his leg as he settles on his haunches – very impressive indeed.

N.B. It should be pointed out that several of these, and other techniques were pioneered (or at least first witnessed) in the technically astounding but criminally undersold Transformers on PS2 from Australian developers Melbourne House, though I could write multiple articles on the technical merits of that game alone.

These are just a couple more examples of moving towards more convincing character movement in videogames. By eliminating unnatural occurences such as floating feet and repetetive idles, that “suspension of disbelief” is that little bit easier to maintain.

This does, however, reinforce my belief that in a move towards realistic characters lies a move away from twitch gaming and instant PC response, as that’s a context under which the Splinter Cell series has always thrived.