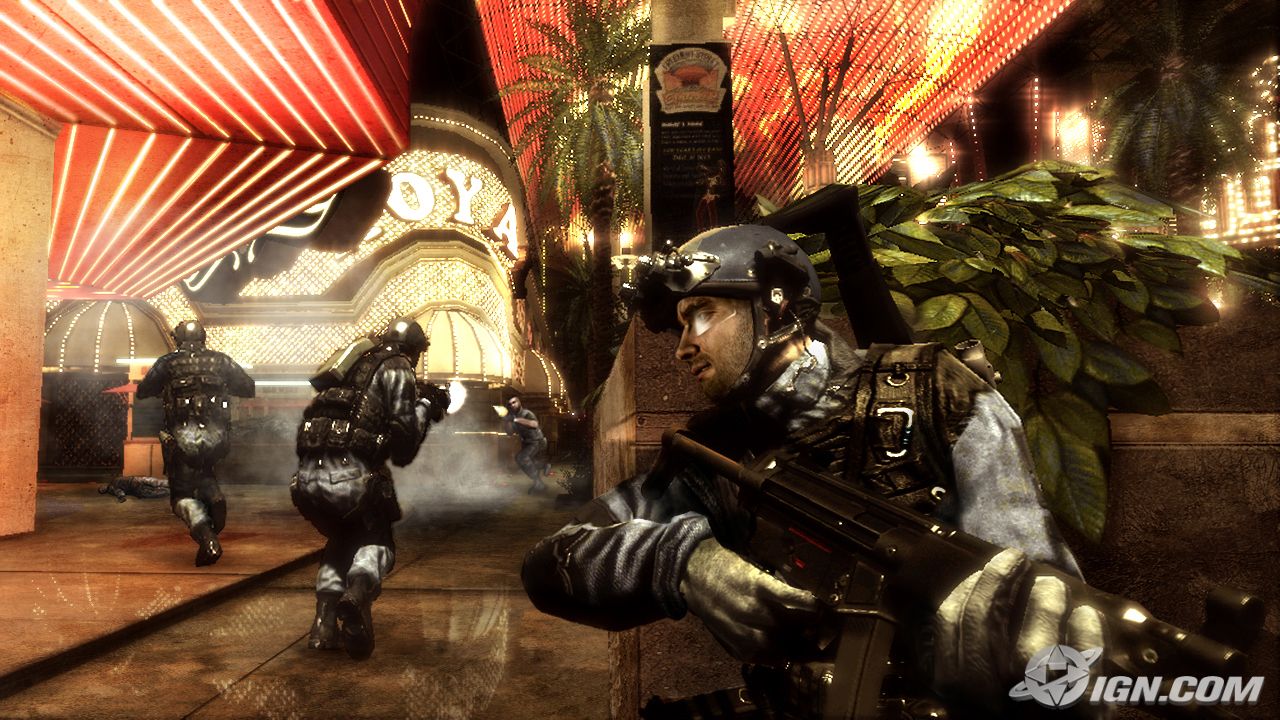 At one point in a recent late night session of co-op Rainbow 6 Vegas, the gunfight paused to facilitate the spec-ops excited admiration of a downed enemy, killed midway through his grenade-throw lying there with grenade in hand, followed up by a gratifying witness of another comrade shooting flatscreen monitors off desks in full physics.

While there is certainly a degree of “developer-only” satisfaction in those two accounts, whereby a greater appreciation is garnered by simply knowing just how technically difficult those two occurrences would have been to create a few years ago, the real revelation, and the purpose of this post, is that much of the perceived satisfaction we as gamers receive from videogames is based on empirical knowledge of what came before.

Every new console generation, we wow at the new graphics possibilities – “Push 3,000,000 polys instead of 30,000!”, but to an outsider, that is nothing more than another round of game-like graphics, perhaps slightly smoother, slightly faster, but still game-like all the same when their frames of reference come from movies and, more importantly, real life.

How many press releases have claimed features such as “the ability to destroy environments”, “realistic looking physics-based damage and death animations”, or even the sheer mundanity of “new moves for your character!”. While these might excite gamers who know that up to that point these bullet points were beyond the scope of their current consoles, no-one without this empirical knowledge of technical limitations can even claim to be impressed.

Perhaps that is one of the biggest problems in attracting new players outside of the already converted with a history of late night online fragfests.