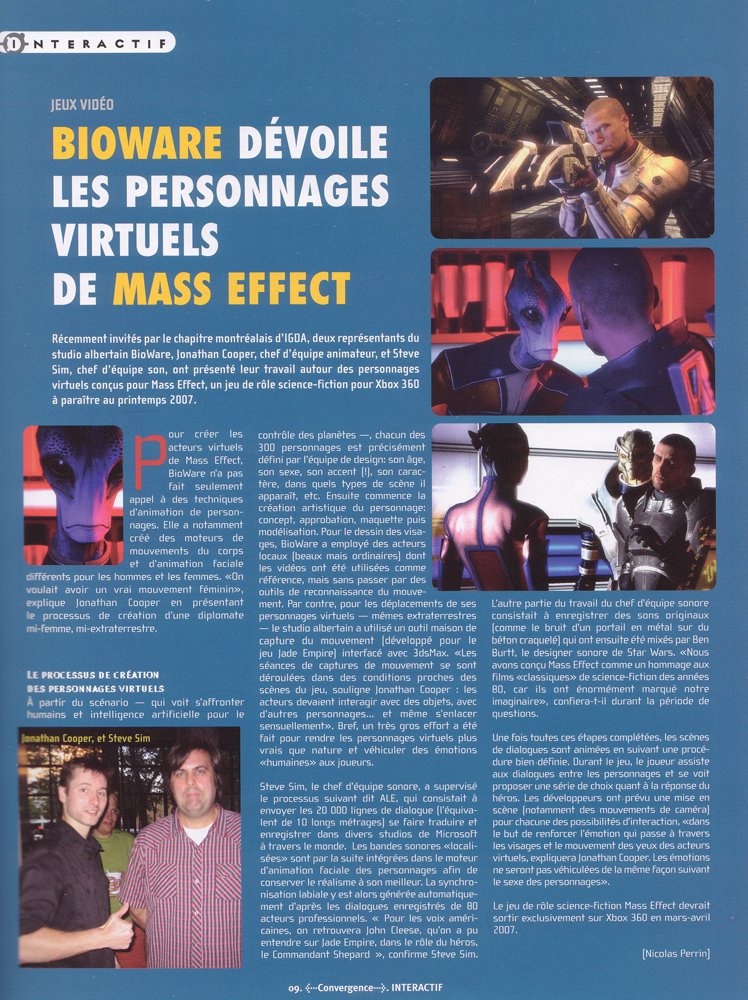 Mass Effect should be released tomorrow but I’m currently somewhere in Turkey so I’ve put this post on a timer.

The other day I was thumbing through several old magazines scattered around the studio when, lo and behold, I find my own ugly mug giving me the thumbs up inside. Turns out it was a write-up of the IGDA talk Steve (Audio Lead on Mass Effect) and I gave here in Montreal over a year ago. A rough translation appears to state that, among other things, not only will the Audio be mixed by Star Wars’ Ben Burtt, but the male player character will be voiced by none other than John Cleese.