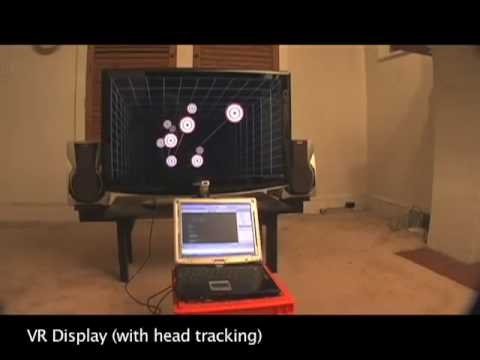 A name like a bad guy from a Van Damme flick hasn’t stopped Johnny Lee from creating some incredibe 3D apps using a Wii remote connected to a PC, most recently this fantastic DIY Desktop Virtual Reality Display.

I’m sure we’ve all played a round of Quake with cheap VR glasses at some point in the past, but could you imagine how impressive the current generation of games would look, even if the quality was likened to split-screen to provide two displays? The VR fad all but died outside of academia since it’s brief flirt with the mass audience via more up-market arcades in the 90s, but I’ve always believed it will resurface at some point when the technology becomes affordable, (and side-effects like headaches and nausea are overcome).

With major hollywood directors like Steven Spielberg, James Cameron and Peter Jackson now looking towards 3D to bring crowds back into the cinemas, I’m confident the experience provided by film’s linear and passive nature would be easily trounced by that of a fully interactive 3D world, the likes of which videogames have been creating for decades.