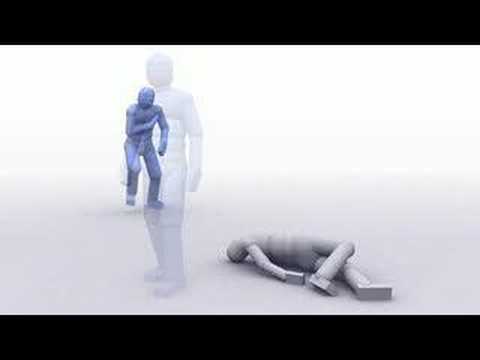 I had hoped to post about the fantastic leaps forward in ingame animation brought about by the highly publicised (in the gaming press anyway) integration of NaturalMotion’s behavioural/physics-based Euphoria middleware in the recently released GTA4.

However, I was one of the unlucky few whose copy would invariably freeze during the opening stages of the game. Even worse, the XBOX360 would also lock up for the next few attempts even without the corrupt disc inside. I have since bought a replacement copy but the current situation sees my machine now sporting the dreaded Red Ring of Death, (much too close to be a coincidence), so it looks like I won’t be playing any games for the foreseeable future – cheers Rockstar, cheers Bill.

In the meantime, above is a video demonstrating Euphoria in a standalone manner, which looks very interesting indeed. Reports from colleagues tell me that the movement and ragdoll look incredibly natural, but the player character unfortunately handles looser than in previous games – something to be expected of any move towards visual fidelity.