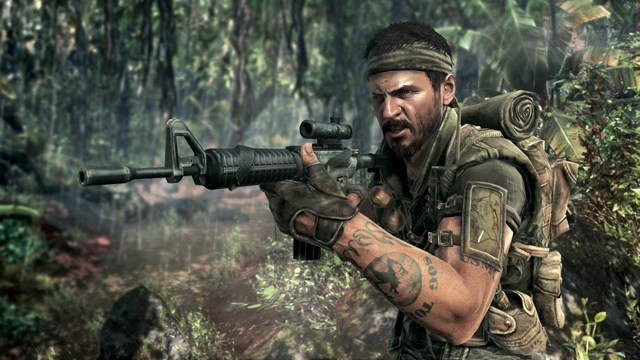 Yet Another Uncanny Valley Crossing Claim

Activision CEO Bobby Kotick says a lot of things. While he has talked at previous investor conferences about facial animation, (curious in itself as an investor buzz-topic), he joins a growing line of non-animators claiming to have overcome the biggest challenge in CG acting. Speaking at the recent America Merrill Lynch conference:

“This has been the Holy Grail in a lot of respects for video games – the ability to have characters on the screen that you can have an emotional connection with. The medium for the last 25 years has been very visceral, interactive, immersive medium – but it was very hard to have characters to actually have empathy towards or an emotional connection with… or that might make you laugh or make you cry; be some catalyst for an emotional reaction… Call Of Duty: Black Ops is the first game where we’ve been able to perfect the facial animation, mouth movement technology so that the lines that are being delivered are believable. The facial animation looks like a real person”

As to my position on the still theoretical Uncanny Valley, I’m convinced it more than certainly exists in Masahiro Mori’s pure sense as I’ve seen (or to put it correctly, felt) it in films like Beowulf and Midnight Express, though in games we often mistakenly attribute it to a combination of bad rigging and animation – failure not even near the Uncanny Valley.

However, to say that we have still to cross it is a misconception as I strongly believe it has been done many times already in CG films and games, though importantly only for a flash,when everything comes together for a few fleeting frames in a performance to convince viewers they are witnessing a “real” person acting. The real challenge is for a consistent performance that never dips back into the unappealing, which cannot come to games before film simply due to the controlled nature of the latter medium.

A more realistic target for us is to aim for believable, rather than photo-realistic, performances which is a far more worthy goal that still only a few developers have managed to attain – with quality voice-acting and writing only now becoming more common and expected by players. I expect the Black-Ops performances are good due to the high caliber of acting talent of Gary Oldman and Ed Harris, perhaps even believable, but not realistic and not fooling us into believing we see a real person at the end of our gun.