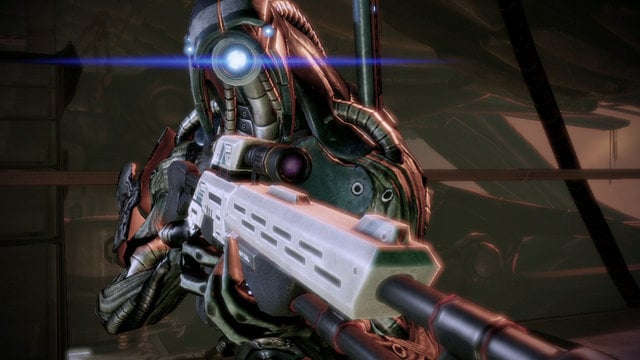 I took the time this last week to put together a reel of my work on Mass Effect 2, done between late 2008 and early 2010. Look below for a full shot breakdown, and, because you’re gonna ask, the music is Invaders Must Die by The Prodigy.

Below is a breakdown of what I was responsible for in each scene. The terms used are as follows:

Initial planning stage before going to mocap, involving rough keyframe animation to test layout of the scene, loose camerawork and editing. The previz is then exported and playable in the game to test the flow, and be used as reference for the mocap shoot.

Once mocap is received, laying it down and re-editing the timing and cinematography to match, including an initial pass on facial. Often a lot of artistic changes are made at this stage so this forms the bulk of the work.

The final stage where the VO, facial and all the details such as fingers and contact points are finalised.