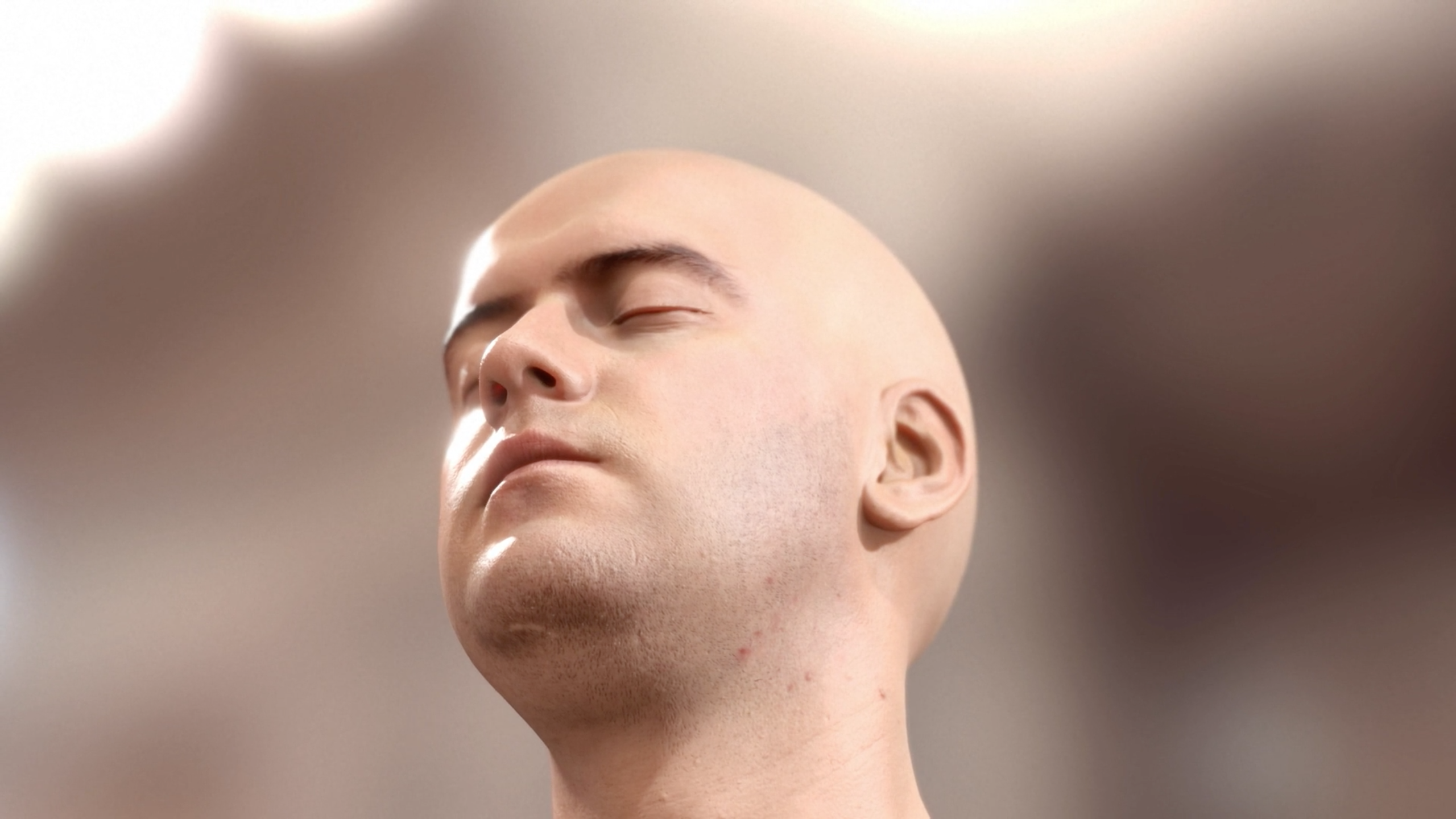 This generation’s long life-cycle has been a mixed blessing. On the one hand, so many years without new hardware has allowed us to push the limits of our current engines and learn so much about finesse and polish without the need to relearn or start from scratch.  The challenge this time around has been more about real artistry in both visuals and game design without the ability to hide behind some major leap in visual fidelity or previously-impossible technology opening up new game concepts. On the other, we’re getting to a state of diminishing returns In terms of effort to rewards, and as a gamer I really want to see something that gets me excited again in a way that only realtime interactive CG can provide. And this is the first glimpse of where we’re going.

While mostly a lighting demo of Infinite Realities‘ scanned head we’ve encountered before, seeing it running in realtime on a PC at work both terrifies and exhilirates me. Once he opens his eyes and begins to move around, it will be our task to breathe life into characters that look like this in immersive worlds that are consistent and do not break the suspension of disbelief.

Since arriving in Canada, I’ve worked exclusively on games with character casts are in the hundreds, requiring procedural and systemic solutions to create their animation. Perhaps this leap in character realisation will instead force us to concentrate on stories with fewer actors that have an unprecented depth of character.