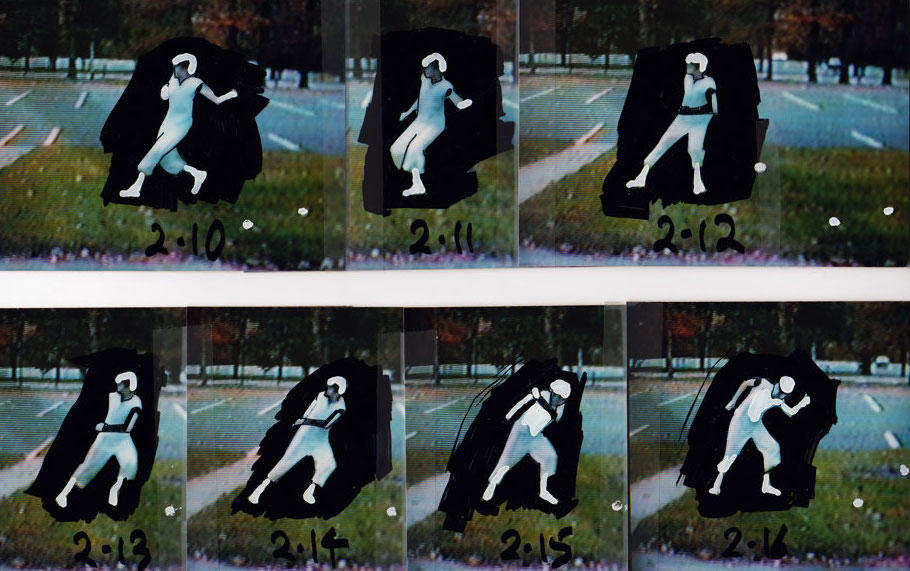 I found some great rotoscoped frames from the development of the original Prince of Persia, showing creator Jordan Mechner putting younger brother David through the paces almost three decades ago. The poses and actions are so iconic I can remember them even without the accompanying video below.

Released in 1989, the game was way ahead of it’s time for animation and certainly foreshadowed what we would later accomplish with motion capture in 3D. I especially like the excitement you can read in Mechner’s journal entry from the time as he begins to realise the potential of this breakthrough approach:

“…I still think this can work. The key is not to clean up the frames too much. The figure will be tiny and messy and look like crap… but I have faith that, when the frames are run in sequence at 15 fps, it’ll create an illusion of life that’s more amazing than anything that’s ever been seen on an Apple II screen. The little guy will be wiggling and jittering like a Ralph Bakshi rotoscope job… but he’ll be alive. He’ll be this little shimmering beacon of life in the static Apple-graphics Persian world I’ll build for him to run around in.”