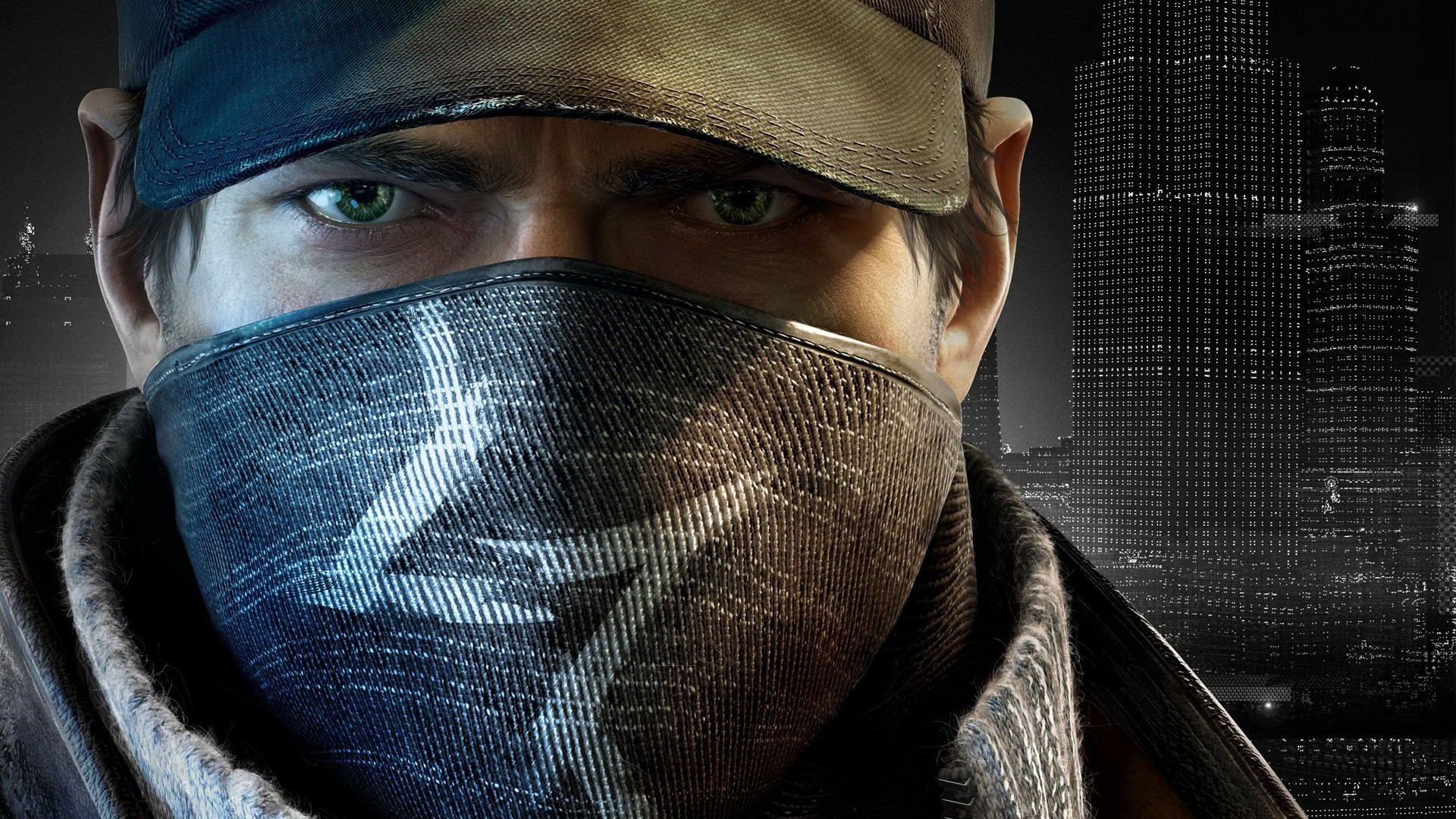 Now that the busy holiday period is over, here are my belated notes from my colleague Colin Graham’s 2013 Montreal International Games Summit presentation entitled Are We Ready For Animation On The Next Generation Of Consoles? – Lessons Learned From Developing Watch_Dogs.

Colin started with a series of disclaimers, the first being that as the game was due to be released the week of the talk before being delayed we were getting an edited version. Still, there was much to take away despite his self-professed “controversial” approach to motion-capture pipelines, posing it as a counter-point to Brent George’s talk I attended the previous year on how we must bend mocap to our will. That said, he agreed there is no real right or wrong way to do anything, and often “counter-intuitive” thinking leads to innovation.

On WatchDogs for 5 years since its inception, Colin was the 8th person to join the team back when it was called Nexus. To illustrate this lengthy endeavour he humorously noted that the iPad had not even been announced when they started. The team knew they had something big on their hands after their initial E3 showing when fans reacted excitedly at seeing something new. This demo was greatly beneficial to the team as it forced them to finalise the look of main protagonist Aiden Pearce, along with his distinct walk and fight style, not to mention help focus the vision of the team as a whole.

Colin placed a lot of importance in casting a single stunt actor for Aiden, settling on local talent Sebastien Rouleau, (who also performed the jumping moves for Connor in AC3). The player character needed to be athletic, and as Seb is a cop who does parkour Colin noted if you are a criminal you don’t want to get chased by him! He echoed my sentiment that stunt actors, due to doing this full-time, should always be consulted as to how to improve your actions and choreography – bringing so many ideas to the table.

For gameplay, the first priority is to lock in your character’s main poses. The animation team initially created posing in pre-vis but found it was far better to work this out on the mocap stage with the actors, essentially “reverse-engineering” the posing and transitions with the real limitations of the actor. Pose templates were built so as to be used for later sessions, ensuring the actor could re-assume his original pose.

Mid-way through development, improvements in dynamic cloth technology led to the idea of the trench coat. Funnily, the hands-in-pockets were the result of an animation directors’ lunch I attended in March 2012, after which we were all standing around with our hands in our pockets in the cold. Colin noted this as one of those happy accidents of inspiration that wasn’t planned in the studio. Additionally, the trench coat provides overlapping actions as the character transitions through states.

Aiden’s baton weapon, while being unique in its own right, notably “has a cool sound” – something animators should also be considering. This paved the way for the character’s fighting style of grabbing and fighting at close range and shooting them; referencing the film The Raid: Redemption as an inspiration.

An entire 1/3rd of the animation team was tasked with bringing the city to life. Initially, they focussed solely on ingraining details and uniqueness in walk cycles, but different districts have different civilians so later concentrated on the vignettes of NPC interactions. This fed into the gameplay of the phone leading to crimes, enticing the player to become a vigilante. Colin noted that the team took violence against women seriously – and have had many discussions to that effect.

What Does it Mean to Be Next-Gen?

Colin rightfully predicts the next generation of consoles will have a big impact for animators. New consoles “demolish” old constraints. While we were lucky to have 20-40Mb of animation memory on last-gen, 150-200Mb of will be the norm on next-gen. When Colin was told “You’ll never fill it” by a programmer on the team he saw this as a challenge, stating that “If you don’t, somebody else will.” What this immediately means for us is more poses, more states, higher quality, and better/less animation compression.

Colin asked the audience “Is your pipeline ready to double or quadruple, plus quality?” Therein was the focus of his talk – how do we achieve this without blowing out team sizes? Colin would go on to discuss how his team focussed on minimising waste via mocap specialisation, referring to car manufacturer Toyota’s Lean Manufacturing approach.

Ubisoft Montreal games, on the whole, have a realistic style; primarily because the market demands a realistic style. To deal with this, the internal mocap studio was created in 2005. Watch_Dogs took the approach of going 100% mocap – no keyframe, (except, apparently, the swimming anims are from Assassin’s Creed). Colin’s desire is to deliver the best possible quality mocap to his animators, leaving them in the “best position to succeed”. Believing that enhancing and polishing mocap with lots of variety is time best spent, he stated that, “A chef has to wash his dishes before cooking”.

The Watch_Dogs team work 100% in Motionbuilder, handling the entire process from optical -> actor -> characterisation -> retargetting, which Colin was kind enough to show me and other animation directors in a training session some years back. Much of his concern is on the retargeting stage – specifally the placement of pivots on the actor tool. If you get this wrong, it results in bad mocap with bent arms and legs.

Getting the pivots right is key as it saves so much time later in the process. To aid this he repeatedly asked questions of the retargeters, coaching them towards what he wanted and deciding per shot if he wanted the position or rotation. In general, you should only use motionbuilder’s “reach” whenever you would use IK in keyframe. Overall, the actor you cast should best fit inside your character. To solve this, the mocap actor tool for Aiden Pearce was created as a 1:1 to video reference of Seb Rouleau, ensuring the best possible retargetting quality from the start.

The plan was to shoot 2 days per month, aiming to leave never more than 2 weeks between a request and getting the data to programmers and designers. The team avoided shooting massive chunks that might get scrapped by never shooting a full system, (instead just parts per shoot), further limiting waste by animators prototyping and pre-visualising moves in advance of the shoot.

Colin believes that “everyone is a director” – stating that animators on Watch_Dogs are more like “motion editors”. Keyframe vs mocap is the difference between sculpting with clay and marble, with the former creating from scratch and the latter being more reductionist. Watch_Dogs animators’ duties go beyond pure data creation; also being responsible for full systems.

Animators have ownership and contribute to the direction of systems, but importantly don’t often direct actors at a shoot to avoid possibly-conflicting voices. On set, the animators discuss with Colin; they know the details of their own systems, while he knows the big picture. Apparently even shy team members learned to direct. This was a positive by-product of creating full systems rather than just pushing data.

To aid animators owning entire systems, the engine’s “Move Editor” is essentially a logic-graph editor, allowing animators to design gameplay. Gameplay animators are akin to a designer who need to be animation savvy but respect game design. With this creative control comes responsibility, and designers merely give feedback on the systems but don’t have control over them.

As an example, shrinking an animation is insufficient to adjust timing, whereas animators can reduce keys, hold poses etc. to maintain the integrity of the final look while adjusting for gameplay. Watch_Dogs creative director Jonathan Morin believes “everybody is a designer”, and Colin suggests animators “put down The Illusion of Life and pick up books on game design. Your job is not to just animate, but to create bigger components of the game.”

Colin concluded that there is great technique in removing keys for style. He is not against keyframe animation as it creates a good base for “motion editors”. In fact, he was initially against mocap, only trying it out after talking at length with mocap team early in development.

We all need to think different

In the future, memory won’t be an issue, but more efficient pipelines will be necessary. Animators will have a greater opportunity to be creative, but as team sizes inevitably grow, “can we stay in business?” Importantly, we must ask ourselves, “How can we reduce waste?”

There is a massive opportunity to do something big with next-gen, and Colin left the audience with the challenge: “What’s the most next-gen thing you can dream of? You better have an answer.”