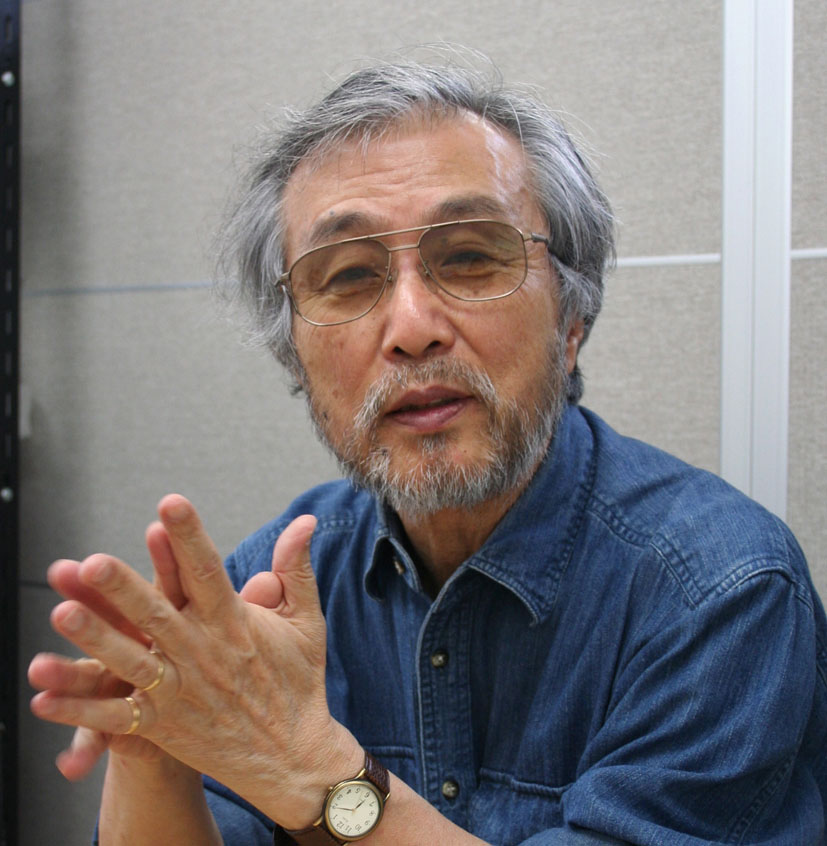 My First Project: Draw a Rug

Miyamoto If I remember correctly, the first animation Kotabe-san drew for us was of Luigi spinning around in circles. But we couldn’t use that many frames, so we couldn’t use it in a game.

Kotabe Yeah. At that time I was drawing a lot of stuff that no one could use.

Miyamoto But then an opportunity arose for something I thought we should definitely ask Kotabe-san to work on. We did it together with Fuji Television.

Iwata Yume Kojo: Doki Doki Panic? (A game developed for the Family Computer Disk System in cooperation between Nintendo and Fuji Television and released in 1987. It later became the basis for the game known to the American audience as Super Mario Bros. 2, originally released in 1988).

Kotabe Ah, I remember it.

Miyamoto I wanted the rug movement to be smooth.

Miyamoto I wanted it to move like a real rug, and I thought I’d ask Kotabe-san. To Kotabe-san, the great illustrator, I said, “Please, draw me a rug!”

Kotabe So I drew him a rug that moved smoothly, and he told me it had too many frames!

Miyamoto The original animation had over ten frames, but we needed to cut some out and repeat the same ones over and over so the frame count would be low but the rug’s movement would be smooth.

Kotabe I think it was three. And we used them in reverse, too.

Miyamoto That was the first video game work I ever requested from Kotabe-san.

Iwata You also asked him to do a lot of illustrations for Mario.

Kotabe Mario was pixel art, so the only reference was the package illustration for Super Mario Bros. Miyamoto That’s right. Kotabe-san turned that into the Mario we see today.

Originally, ever since we made Donkey Kong, (Nintendo arcade game that appeared in 1981. Released for the NES originally in 1993), on many occasions I had done rough sketches of Mario in pencil and then given them to an external illustrator to polish up. When we came out with Super Mario Bros., I was thinking about asking a professional manga artist or a well-known illustrator to do the art, but time was running out, so I drew the original art for the package myself.

Kotabe So when I went to draw Mario, that one package illustration was all I had to go by. Then I heard Miyamoto-san was the artist, so I asked him all sorts of questions. Is this face ok? Is he like this?

Miyamoto That’s right. He asked me a lot of questions. What’s incredible is that both Kozai-san and Kotabe-san are so amazingly talented.

Iwata Someone who was far better at drawing was asking you how to draw something. You must have really liked that. (laughs)

Miyamoto Peach completely changed. I told him everything I wanted, like how I wanted the eyes to be a little cat-like.

Kotabe And how she should look stubborn.

Miyamoto Stubborn, but charming. (laughs) Bowser changed a lot, too. I’d been drawing Mario for quite a while, so there were a lot of things on how I wanted him to look like, but I hadn’t drawn Bowser that much, so I couldn’t get the lines to come together right. I like Toei Animation’s work from around the time of Alakazam the Great, (animated film released to movie theaters in 1960. Produced by Toei Animation), and the ox that appears in that…

Kotabe Oh, I remember you talking about that.

Miyamoto I told him how I liked that ox.

Kotabe The ox king. Miyamoto-san liked that ox, and that was how he imagined Bowser. When you see the package art he drew, Bowser does look a bit like an ox. But after that, Takashi Tezuka said…

Miyamoto He said it was a turtle.

Miyamoto I’d been drawing something completely incomprehensible-a turtle’s body with an ox’s head! (laughs) Through our discussions, his appearance eventually came together, though. Since Bowser was in the turtle family together with the Koopa Troopas, we began to see similar lines between the two, so we copied those as faithfully as possible and move on to the next illustration. I started congratulating myself, saying, “Wow, I can really make Bowser look cool now!”

Iwata You learned from Kotabe-san’s drawings, introduced them into the game, and it would suddenly look a lot better. Later on, games started becoming 3-D, and Kotabe-san’s skills became even more important for us.

Kotabe When we were making Super Mario 64, (3-D platform game released for the Nintendo 64 originally in 1996), the development staff was always holding meetings.

Iwata Since we’re talking about Mario 64, let’s have Koizumi-san join the conversation. I had intended to have him join in when we got to Flipnote Studio, though.

Koizumi The first person I worked together with after entering the company was Kotabe-san.

Miyamoto To tell the truth, I consulted Kotabe-san about hiring you. (laughs)

Koizumi The two of them conducted my interview.

Kotabe Koizumi-san brought some animation he had created as his graduation project, and I watched it. He actually had experience making animation. Anyway, for some reason I was one of the interviewers. I badgered him with a bunch of nasty questions, like, “If you’re so good at animation, why do you want to join the video game industry?”

Koizumi So I started expounding animation theory and even video game theory.

Koizumi I had no idea that the two people in front of me were Kotabe-san and Miyamoto-san! Even if I knew their names, I didn’t know what they looked like. Besides, I was just a student and really nervous. I thought there was nothing to do but go for it, so I started rattling on about my pet theories. I shudder to think about it now. (laughs)

Kotabe Miyamoto-san told me you were supposed to keep working as a character illustrator for a while.

Miyamoto I told him to develop Koizumi-san’s skills.

Koizumi Really? I didn’t know that.

Kotabe What I remember well from that time is Mario Kart, (Super Mario Kart: Released in 1992 for the Super NES). At Toei Animation, they always said, “Look at the real thing,” so I forced through a budget to do just that.

Koizumi We set out for some field research. I drove a go-kart for the first time and closely observed their structure.

Kotabe Looking at photos or searching for material on the Internet isn’t enough. You’ve got to see the real thing and take it all inside yourself. That field trip really paid off when we made Mario Kart.

Koizumi Yes. Thanks to you.

Kotabe But then the game development staff fell shorthanded, and Koizumi-san got taken away from me.

Iwata Miyamoto-san asked you to develop his skills, then snatched him away. (laughs)

Kotabe That’s why I’ve been trapped at Nintendo for 21 years!