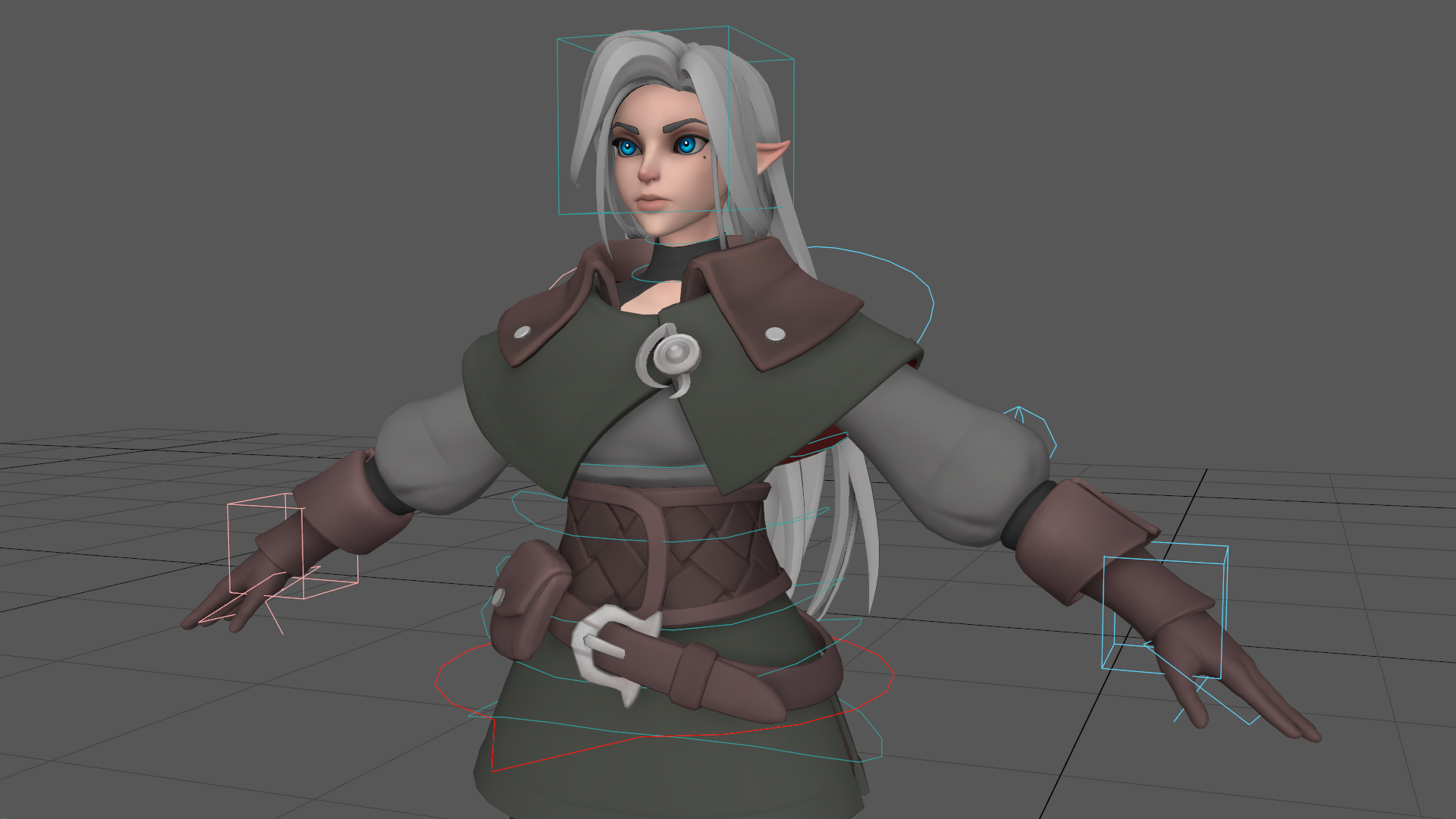 This tutorial covers features of the provided AZRI character rig. Once completed the reader should have a grasp of the basic functionality of the AZRI rig and can begin animating.

Before doing anything, we’re going to reference the character into a clean scene rather than just load it. This ensures the scene contains only animation data with the rig itself remaining elsewhere, preventing us from breaking the rig and allowing us to easily update multiple animation scenes by adjusting only the original rig file if/when required.

With the rig referenced in at real-world dimensions, it is required to work in units of meters rather than Maya’s default centimeters. Also, regardless of whether a game releases at 30 or 60 frames-per-second, we animate at 30 fps. As such, we must set the working units for the scene.

You can adjust a variety of display settings in the Preferences window, and can access it quickly via the orange icon in the bottom right of the maya screen.

Use the visibility layers to show/hide different aspects of the rig as desired so as to work in as uncluttered a manner as possible. The layers, when referenced, have the rig filename prefix AZRI:

It is recommended to work with only the master controls (CTL_Base) and meshes (MESH_Body & MESH_Sword) visible when animating, turning on the others as needed for polish later.

The large yellow circle control (CTL_C_World1) at the base of AZRI’s feet is the World control. This repositions the entire character rig at once.

The red control (CTL_C_Root1) around her waist is the Root control, this controls her main body mass, and as it affects all other body-parts is a key control.

The red arrow between her feet (CTL_C_Collision1) determines her Collision (place in the game world). If you animate her away from the scene origin (centre) this must move with her so the game knows where she is in 3D space, and will become important only when exporting to the game engine.

FK is generally used for limbs free to move in space so as to create nice arcing movements for animation, whereas IK is instead used to ensure the hands or feet lock to a position in space. You can animate between IK and FK by keying the Ik Fk value between 0 and 1.

The AZRI Rig contains automatically-moving joints to move her cloth over her skin. These joints, hidden on the AZRI:Cloth display layer can be additionally animated to overcome mesh interpenetrations not solved by the automatic movement.