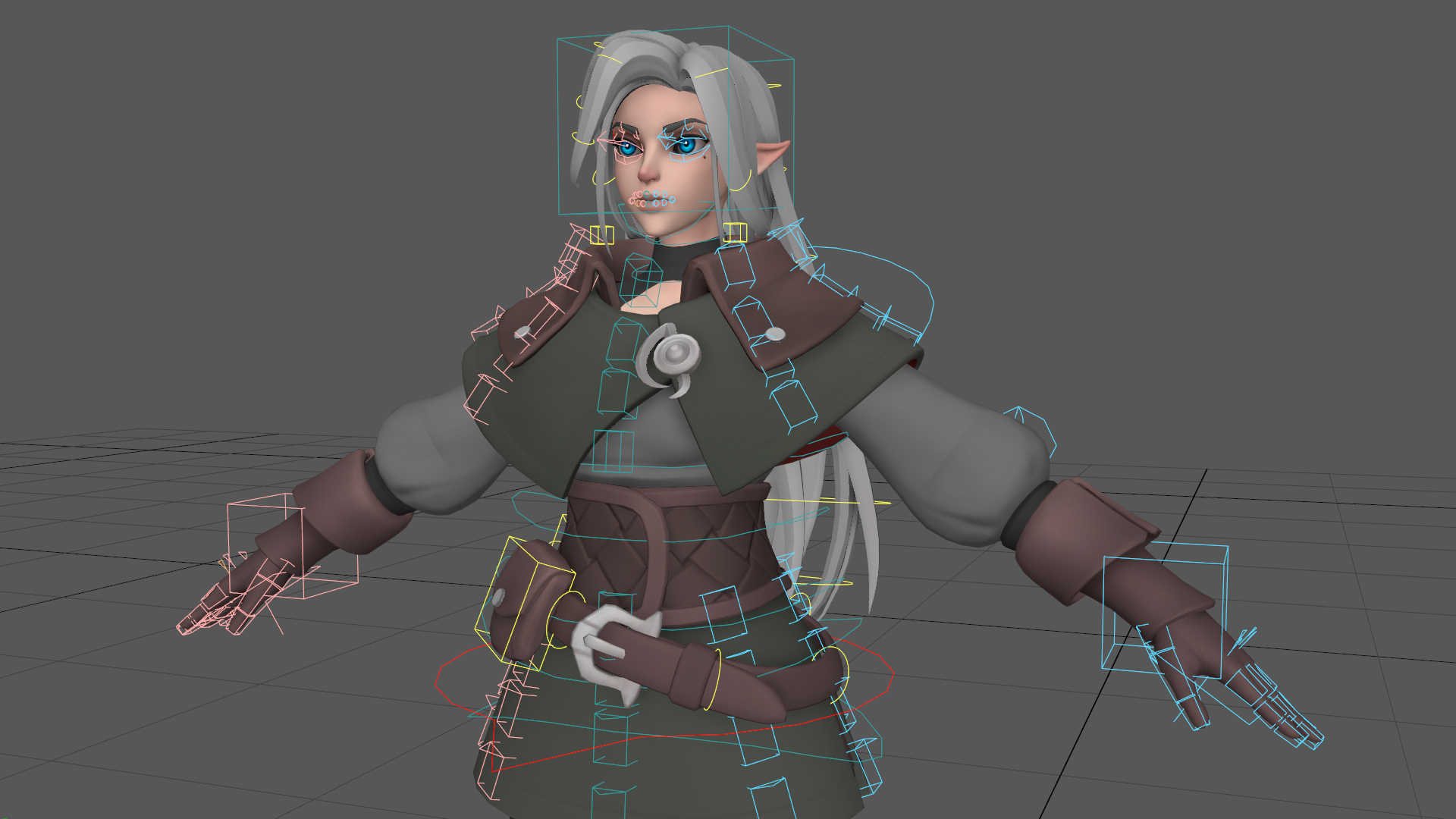 The arms, legs, neck & head controls can all be set to not orient with the joint directly above so as to allow the parents to be manipulated without fear of changing pre-adjusted limb orientations.

This allows the clavicles, pelvis, neck and head to be manipulated to better serve the pose of a raised arm (or FK leg), and importantly reduces the need to counter-animate joints like the neck and head when the body is turning for the character to retain their facing direction.

Similarly to the limb orientation, the sword position and orientation can be set to move relative to a variety of AZRI’s other controls, allowing her to hold the sword in either hand, carry it on her back, or not attach at all.

Importantly, the left hand IK control (CTL_L_HandIk1) can be set to move with the right for two-handed actions, so you need only animate the right arm during a sword swing (for example) and the other will follow in IK. Do this by setting the left hand to IK and switching its Parent value in the Channel Box﻿ to R_HandGrip.

The feet default to IK movement due to more-often-than-not being attached to the ground. Selecting the box at their base moves the whole foot (ankle), while the smaller circle controls manipulate the toe and ball of the feet. Additional controls exist for fine-tuned foot movement.

Foot Roll can be especially useful for easier footstep motion in walk or run cycles, reducing the need to manipulate the orientation of the overall IK control which can prove complex.

Under the Facial display layer lies AZRI’s facial controls. While most are basic joint manipulation, the eyes are more fully-featured to promote eye focus.

Bringing the individual CTL_L_EyeLookAt1 and CTL_L_EyeLookAt1 together will allow the eyes to converge on a singe target, allowing the binocular-shaped look-at control (CTL_C_EyeLookAt1) to be moved forwards and backwards to instruct the eye’s focusing depth.

Next: Part 04 – Exporting AZRI To Unreal…