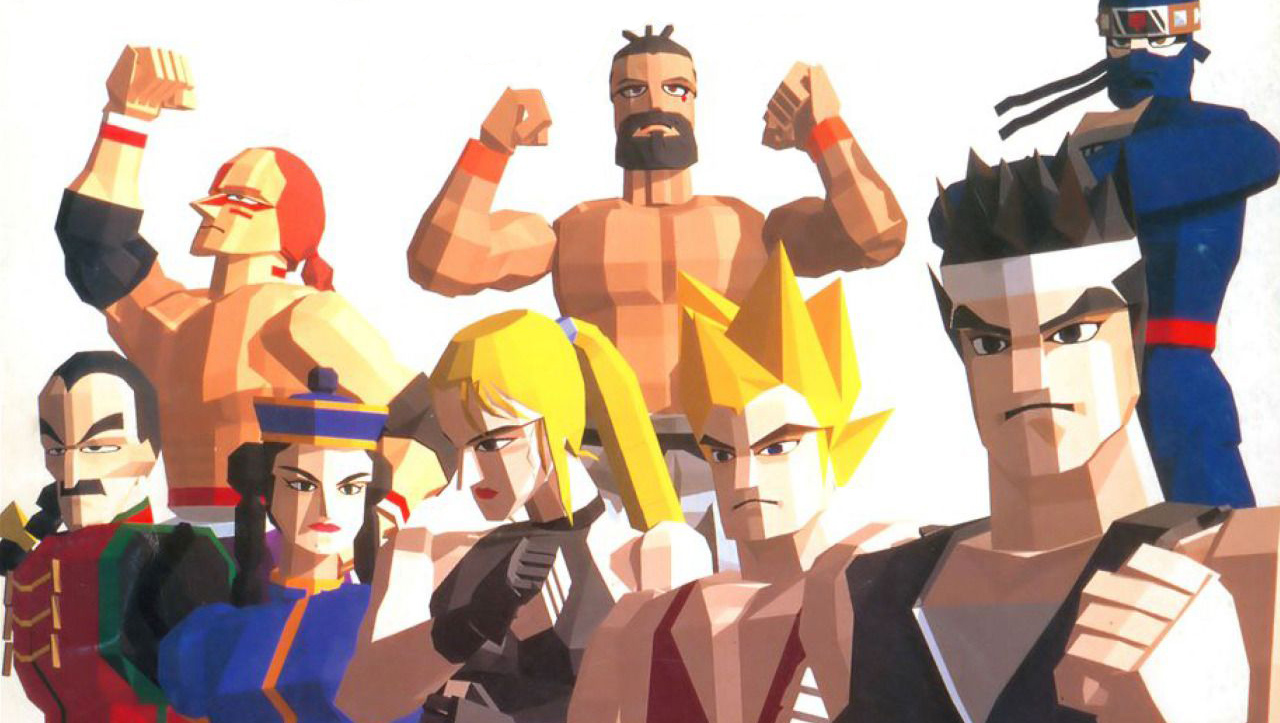 A collection of videos taken from the Virtua Fighter History bonus disc with Shenmue 2 (originally a Virtua Fighter RPG) and the History Mode in Virtua Fighter 3tb. This footage is especially of note for video game animation because they show some of the earliest examples of motion capture used for an interactive project.

(1:04) The groundwork for the technology was laid in Virtua Racing (1992), with the pit crew leading a series of early tests. The tech at the time could only draw 2 characters, which naturally led to a fighting game.

(1:58) The sequel, Virtua Fighter 2 (1994), is credited as the first ever game to utilise mocap. Director Yu Suzuki approached US Army simulation vendors who were the only organisations outside healthcare that had the tech and were willing to share.

(3:44) By Virtua Fighter 3 (1996) developer Sega AM2 had established much of what we now use as standard working practices for motion capture. You can see how they were exaggerating timing and posing during polish.

In addition, here are fascinating stills from the early prototype days, shared in the Virtua Fighter Maniax art book.