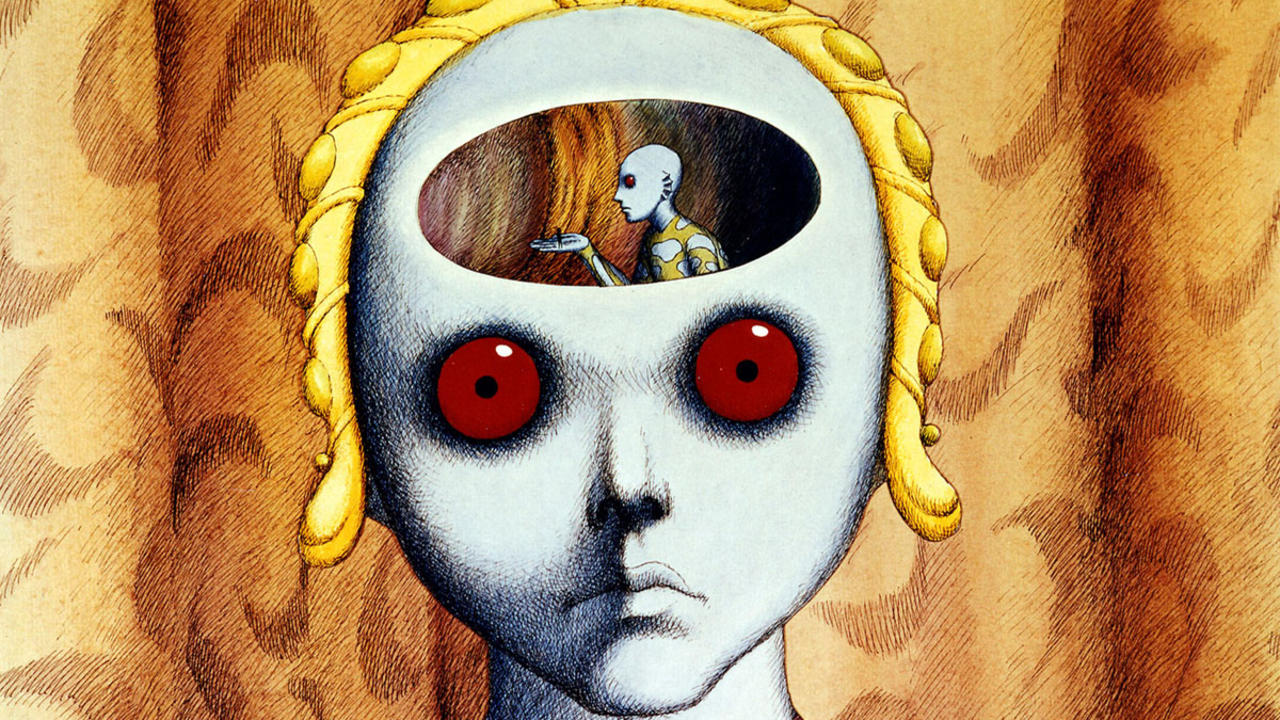 Jurie Horneman, (Champion of the recent Manhunt 2 credits fiasco), has posted links to several galleries displaying animation of Eastern European origin. I don’t know about North America, but these kinds of disturbing and unsettling images were all part of growing up as a kid in Europe, especially a kid interested in animation. Lately I’ve been hunting on the internet for some of the more obscure feature-length animations I soaked up at a young age and repeatedly came across the work of the late Rene Laloux, creator of Fantastic Planet, Gandahar and Time Masters (shown above) among others. I’d highly recommend looking out for any of these – there’s something about classic European fantasy, (and absent from their Western counterparts), that takes the imagination to a somewhat more unsettling yet provocative place. Speaking of the West though, I did find a similar tone in Ralph Bakshi’s Fire and Ice. Of interest is the fully rotoscoped approach taken by the film that not once conflicts with the cartoony visual style – something quite encouraging in these days of motion capture.