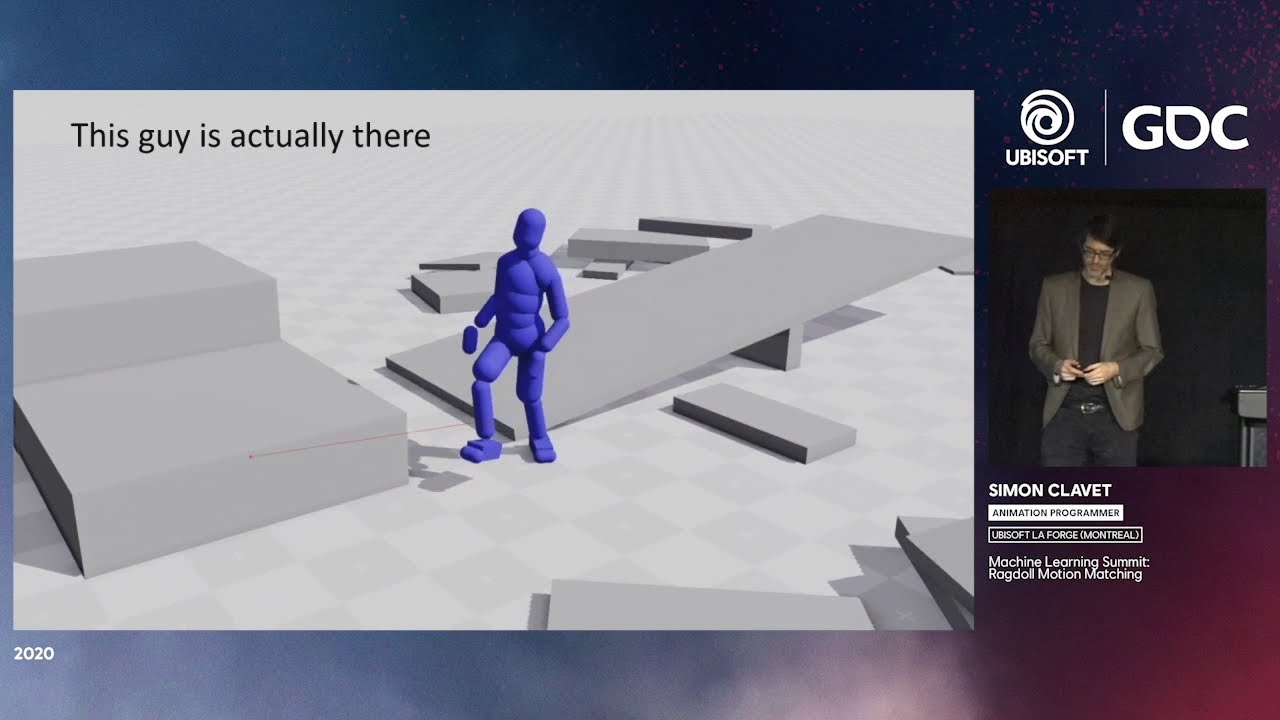 “Physical human simulation holds the promise of unlocking unprecedented levels of interaction and variety to game animation. The incredibly intricate relations between a character and its environment can only be faithfully realized if we trust the physics solver as the ground truth of what is happening in the virtual world. On the other hand, modern data-driven methods such as Motion Matching have shown that it is possible to responsively control a character while preserving the details of a motion-captured style. Using Deep Reinforcement Learning, we can now play Motion Matching on a physically simulated character. We believe that this result is an interesting step on the path towards believable and engaging virtual humans.”