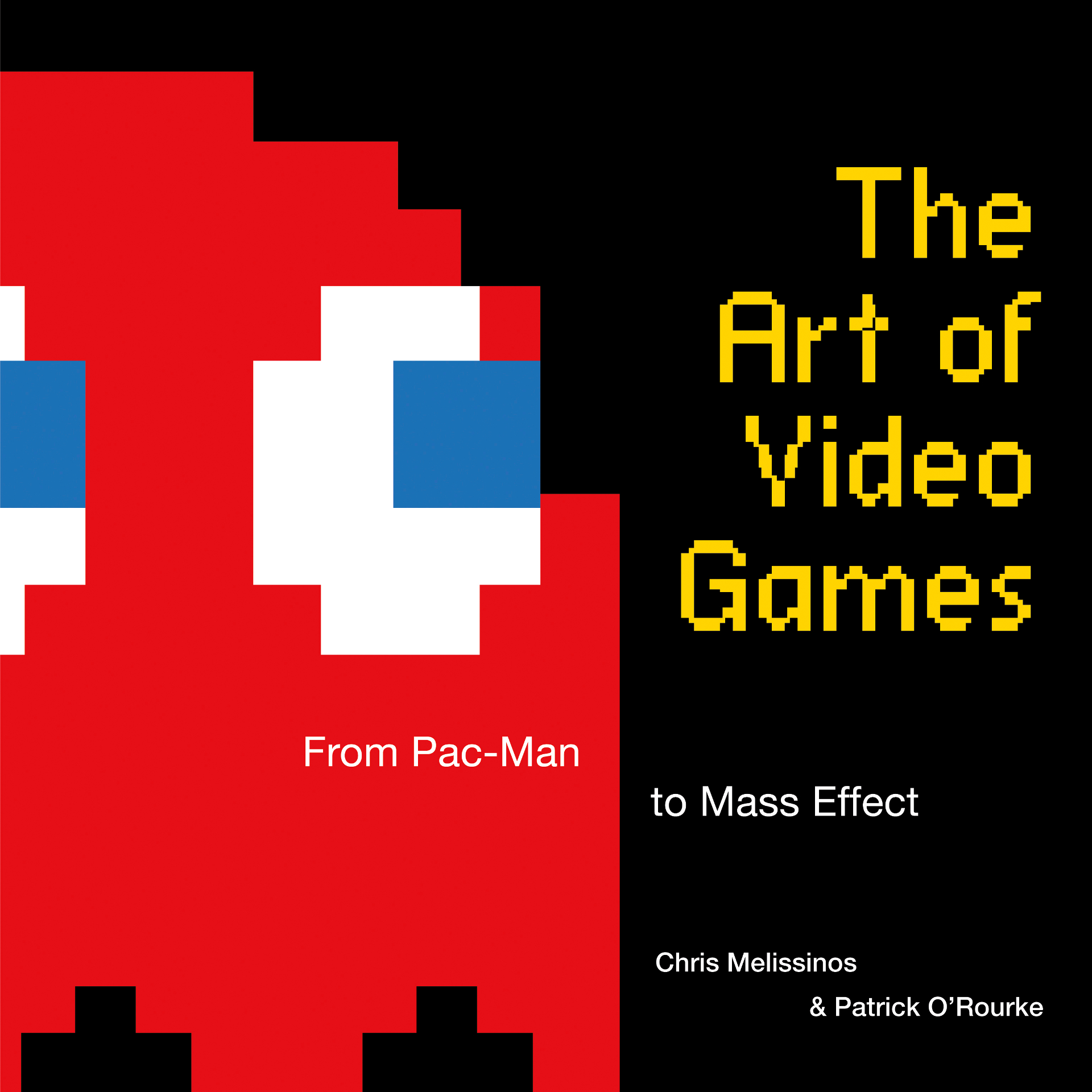 The Art Of Videogames

The Art of Video Games: From Pac-Man to Mass Effect, which I took interest in not only because of the titular reference to one of my own games but also because I already have several similar books on the subject, is the hard-backed accompaniment released to coincide with this week’s opening exhibition of the same name at the Smithsonian American Art Museum.

I initially thought this would be another coffee-table art book celebrating the long journey from pixels and sprites to the fully mocapped characters we enjoy today, and this assumption met disappointment as aesthetically the book is all over the place. Each spread is customised to the game in question for better or worse, and many of the screenshots showing less-than-flattering views of games I know to have much more to offer visually as well as featuring a notable absence of any form of concept art.

Thankfully, the term “art” appears to cover more of a general creative expression than just visual, with selection criteria including creative use of technologies, and how world events and popular culture influenced the games; referring to games as “an artistic medium, both technologically and creatively”. Broken down into four epochs of the authors’ determination, the book chronologically charts the evolution of the medium in a series of eighty 2-page spreads, voted for by the public from an assembled pool of 240.

Where the book shines is in the blurb accompanying each game, which more often than not features insightful commentary on the game’s relevance to the medium – sometimes providing societal references from which they were drawn, and often their place in the technological progression. Perhaps of most interest to the casual reader, (i.e. videogame fan), will be the colourful anectdotes on the game’s creation. One good example is Shigeru Miyamoto’s supposed inspiration for the Zelda series being taken from his real life lamp-lit exploration of  forest caves as a child. I myself  noted the near carbon-copy similarities between the layout of Hyrule Field and the game series’ development home of Kyoto when visiting there some years ago.

There’s a lot to gain from a developer’s perspective also. Of perhaps even more value are the exclusive interviews with industry vets – though I must admit I haven’t heard of the half of them. Ploughing the usual roster from the speaking circuit, there’s an injection of relevance from the likes of the ever-entertaining Tim Schafer. Notably, when taken out of the context of a web interview and placed into a book like this, his hilarious musings are given an added weight. “I didn’t like the way early 3D appeared; it always looked like someone had printed an image of a body or a face and stretched it over a bunch of cardboard boxes”, giving rise to the visual style of Grim Fandango.

Coincidentally also releasing this week, thatgamecompany’s Journey producer Robin Hunicke offer’s insight into the studio’s consistently successful approach to game development, with a focus on collaboration and simplification: “At that stage of the process, we’re thinking about what items we could leave out. What can we take away from these ideas that would make it even closer, even more compressed, like a diamond”.

While not an exercise in visual design, The Art of Video Games: From Pac-Man to Mass Effect is not only a solid attempt at recording the young history of our medium, but more importantly stands as a testament to the value of chronicling its progression as not only this century’s newest form of creative expression, but as part of our culture as a whole. I hope this is the beginning of a larger movement to archive and document our burgeoning artform, and that the Smithsonian exhibition is only the first of many.