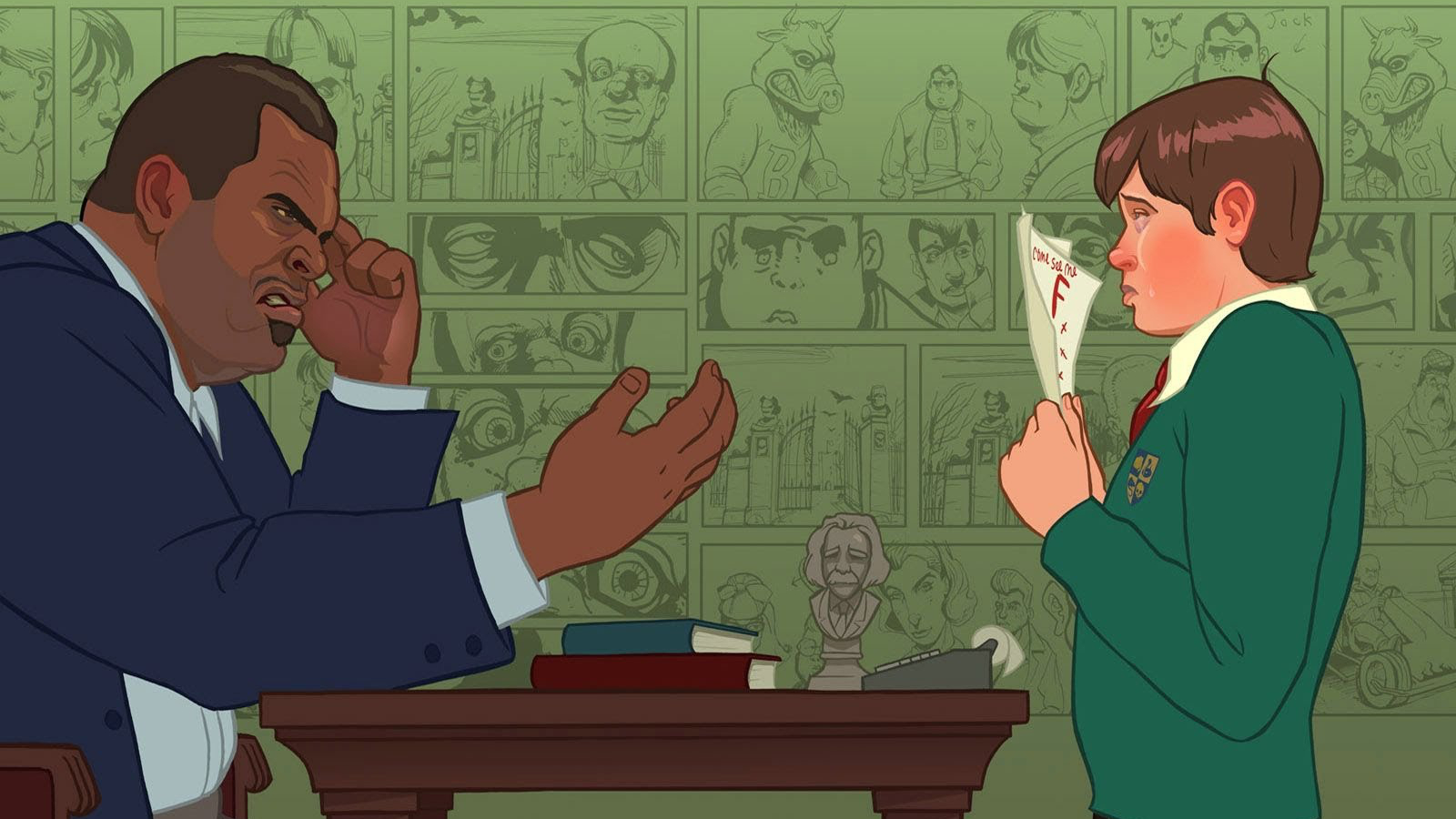 The animation test is part of any respectable game animator hiring process – I’ve performed several throughout my career, (as well as create them for potential new hires); most recently testing for the now-defunct Kojima Productions LA studio and for Naughty Dog, landing me the job here in California.

The above video is far from perfect, but it does accurately represent what I can do within the allotted time. I won’t share the ND test to keep things on a level playing field for future candidates, but rest assured it wasn’t any prettier than this one.

Here are some best practices I’ve found for animators wishing to land an interview, (the test is just part of the process), with your chosen studio, but also for studios looking to create a fair and thorough test to ensure the best candidates are interviewed.

Actually do the test

This may seem obvious, but the first and most important reason for a test’s existence is to weed out candidates too arrogant or who simply don’t care enough to perform a test. The amount of effort you expend in every aspect of the hiring process, (from reel to test to interview), will give the studio an idea of how you care about all aspects of your work. I’ve heard so many tales of senior animators unwilling to take tests, and they’ve invariably stalled in their careers.

More than just mocap vs keyframe, studios are looking for someone that will require a minimal amount of hand-holding. Style-wise, new hires are required to be consistent with the rest of the team’s animation, so when looking at the studio’s released work be sure to observe how far are they exaggerating mocap vs keeping it ultra realistic. If they’re keyframe, how are they holding poses? Are they popping and jumping between them or keeping everything fluid with lots of overlap? Much of the style comes from time-constraints and studios are looking for efficiency as well as quality, (though be sure to reference only their best examples).

Set aside a weekend for your test so you can work uninterrupted, much as you would wish for in a real work environment. Request that family members respect the importance of this stage of job-hunting – after all, it helps them too. Being ‘too busy’ is NOT and excuse for something as important as your next job, regardless of your current working hours, full-time or otherwise.

If you’re given a day to animate something and it looks significantly more finished than the countless other tests the studio animators see on a regular basis, rest assured they will notice. And even if you somehow fool them, it’ll all fall apart on your first day on the job. Just do what you can and put in as much quality as you care about the job. To aid this…

Animators should always source reference every time a movement is unfamiliar and quality is key, and this is definitely one of those times. I don’t include reference gathering within the test’s time-limit, but provide it in a time breakdown to keep everything on the up and up, even submitting the reference video along with the final test.

Don’t just animate ‘straight ahead’, instead perform multiple passes of increasing quality – this ensures you will always complete the test, with the final quality being the only variable. This is a good working method for any kind of animation under a strict time-limit, just like real game development!

Throw in a camera

Animating the camera will give extra life to any animation as well as show your knowledge of composition. To replicate a gameplay camera I typically position-constrain a locator to the character’s body that I use to pivot a child camera. In the above example, the constraint is weighted to the root PLUS the limbs for a better centre of gravity and has some camera-noise layered on to appear less stiff.

Like all aspects of your work, your enthusiasm will come through in your work only if you treat the animation test as a chance to shine rather than as a chore. After all, you chose this path because you enjoy animating right? Regardless of the outcome, if you don’t make it this time it’ll be great practice for nailing the next one.

Ideally you should have a seperate cinematic and gameplay animation test, but regardless, remaining consistent ensures all candidates can be compared equally. While I would urge all tests to be keyframe, (those skills transfer to mocap, not necessarily vice-versa), at least ensure the actions reflect the current character and style. There’s no point asking for parkour obstacle course for your cover-shooter game, unless of course the game features both.

Despite wishing to allow your candidate as much packgage-agnostic freedom as possible, don’t have them waste precious time rigging the character before they even begin animating. If you are a maya-based studio then provide maya files, vice-versa for 3DS Max, (even better if you can give both).

While I prefer not to force the package of choice, (because they’re just interchangeable tools after all), doing so will at least test the candidate’s resourcefulness in obtaining and learning your tools if they don’t have them. (I used a trial version of maya for my ND test, using the day prior to the test to familiarise myself after 10 years of Max only. The Kojima test provided meshes only so I modified the character and rigged in 3DS Max Biped to stay in familiar territory).

The test’s length should be counted in hours – no more than a weekend. This is a key component of being able to compare tests on equal terms, and is also sensitive to the fact that candidates are likely working full-time (or crunch) while sourcing their next gig – often performing multiple tests at once. Moreover, it gives a clear indication of how they plan the scene and manage time if you can see less (un)finished work rather than flawless animation. Related to this…

Don’t ask too much

A simple obstacle course or a focussed, short acting segment for cinematics should be enough to test animation ability under time constraints. For example, be aware that a test with multiple characters will take longer to achieve a good result. The full length of the test should be achievable in the allotted time if it were a regular working task. Endless tests are incredibly unfair to candidates with little free time while still being too open-ended for those able and willing to keep going, similarly…

We don’t work this way so why leave potential candidates in the dark as to what you’re looking for? Providing clear style requirements and expectations of what the character is required to perform while still allowing the candidate freedom to choose the actions is key in understanding their creativity without them going off the rails and potentially having to re-do the test because of a miscommunication. Leaving the direction open then failing a test because the animator didn’t read your mind is more a reflection on you than the candidate.

You want to know how the animator thinks and works, not just whether they can animate, (their demo reel already does that), so ask for an hour-by-hour breakdown of where they spent their time. This will force the candidate to be more honest, as well as provides valuable insight as to how they arrived at the finished result. Doing so also provides a good talking point for the follow-up interview as you walk through it together.

Specify formats and naming conventions of the files, videos and breakdowns, (containing the candidate’s name), to be submitted as part of the brief. This will not only show how well the candidate can follow simple technical instructions, but will aid you greatly when having to search back for that interesting test submitted months ago when you’re looking for your next hire. This, along with all artistic direction and time constraint information should be included in an easily referable standard text file to avoid unwarranted emails and potential miscommunication.

Ultimately, I’ve heard my share of arguments against testing, but it is in my opinion the single best way to maintain a standard of quality among a team as well as being able to clearly compare the ability and competence of all candidates. After all, like everything in game development a team’s animation quality is only as good the the individuals that comprise it, and far and above technology considerations hiring the best team is what makes a real difference to the game.