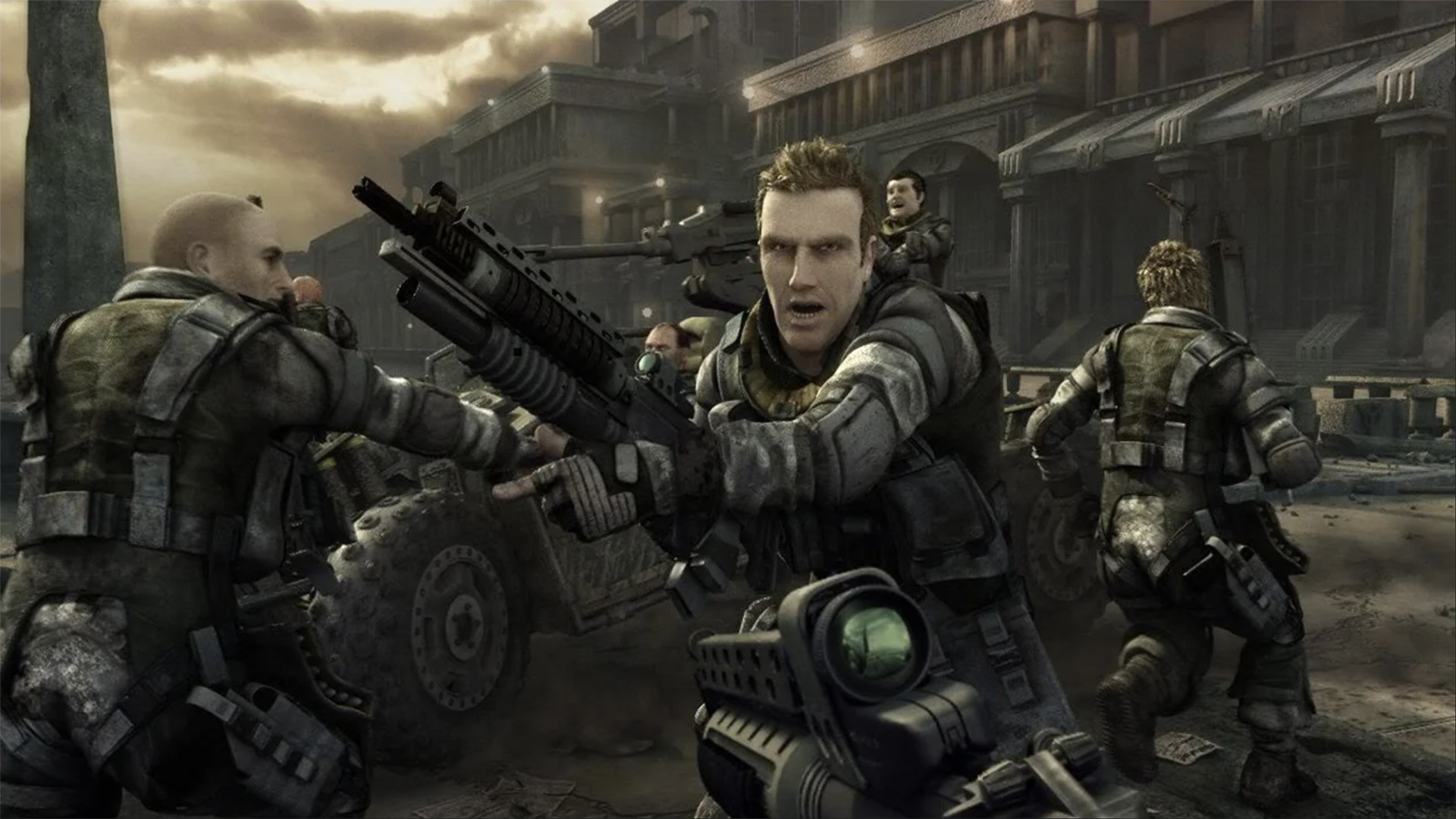 We sometimes know something’s off, but it’s hard to pinpoint exactly why a supposed gameplay trailer doesn’t look real. I’ve worked on my fair share of trailers and live demos, primarily for the annual E3 conference here in LA, and while there is always a degree of scripting and “smoke and mirrors” to show the game in the best possible light, (just as there is in the full game), thankfully I’ve never had to create an outright fake gameplay trailer.

Live gameplay demos are incredibly difficult to achieve and nerve-wracking for the developers to watch on the day as the player hopefully sticks to the chosen path and hits all the appointed beats, with nothing going catastrophically wrong on the stage. For this reason I find it infuriating when I see clearly-faked footage sharing the limelight despite what I would consider “cheating”. It’s not fair to the devs that work hard to get things working for real, and even more-so to the fans being duped into pre-orders.

Nothing in a gameplay demo is accidental. Too much money is riding on this moment. Stage-demo exposure for the game juices pre-orders, so demos are handcrafted over months leading up to a showing. What this essentially means is that all randomization (a strength of the medium) must be removed so as to get as much information as possible across to the viewing public during the course of the demo to get them excited to play in the future. This can tempt developers to include elements that simply aren’t either made yet or indeed possible on the hardware.

Here are some of the things I look out for to spot fake gamplay, and they’ll become more apparent the more you look for them. While faked graphics rendering is often a factor, we’re in the early days of a new console generation so a lot will likely be offline (rendered at a lower frame-rate, with the expectation of optimisation throughout development making it possible before launch). As such, I’ve kept this list focused on motion and cinematic moments as that’s my forté, and it’s generally something much harder to fake as you can’t just throw processing power at it.

Things To Look Out For

The first major giveaway is overly-smooth camera rotation. While cameras can and should be handled smoothly for demos, rotation that doesn’t match the natural cadence of a regular player is always my first giveaway – even more-so on a supposed mouse-keyboard setup. Also look out for “gameplay” 3rd-person cameras that don’t pivot around the character and instead rotate such that the player character swings wildly in the screen as they wouldn’t in regular gameplay.

Gameplay cameras require more than just showing your character, they also must show the environment, and most importantly, where your character is going to be playable. Be wary of “gameplay” cameras that lean so far towards cinematic that they would render a game unplayable as the player would be unable to navigate obstacles and enemies in the world.

We have tricks such as IK to match characters’ feet to the ground, but when a supposed incidental character, or a one-off move performed by the player, perfectly attaches to their environment this is usually a hand-crafted action played specifically at that point, and unlikely representative of the final game. As such, treat any such action the could only work in that one location with suspicion, such as fingers perfectly grabbing a random table or chair.

While they may be set up just for the demo, one must question when a major gameplay feature is highlighted in a manner that simply couldn’t exist in real gameplay. Look out for incidents that wouldn’t occur without a number of “random” actions coinciding or cinematic scenes that trigger seamlessly when the player could easily have approached from a variety of angles (especially in open-world games).

Similarly, be wary of specific cinematic scenes that occur which the player could have easily missed by looking in another direction, or not interacted at all (ie not shooting the flying vehicle at the end of the Killzone 2 trailer above). There are specific techniques for ensuring a player hits moments like these in gameplay, but simply looking at something or randomly interacting should always raise questions.

There are loose rules governing when and how we can outright cut between gameplay and cinematic shots without breaking continuity or, worse, leaving a player disorientated as control is returned to them. Be wary of cinematic shots that don’t return to gameplay with a degree of pre-roll that would allow the player to resume control effectively.

In video games, repetitive actions tend to be shaved down to the most efficient length possible as we aim to streamline the player’s interactions with the game. While gameplay demos often contain UI to better illustrate the onscreen action, any transitions that would simply be overlong and/or disorientating in a final game are a good indicator of something not quite representative of actual gameplay. An example of this is a camera rotated to show off the player, as they weapon-switch or upgrade mid-fight, which would be incredibly disorienting (not to mention irritating) when repeatedly used in real gameplay.

Things to Bear In Mind

All that said, trailers that have clearly faked scenes are often mixed in with real gameplay, so just because one element matches a description above, it could be that only that section is faked. Perhaps because it was too early in development to fully-realise that one game-mechanic, or they simply wanted to pre-capture a section (from real gameplay) that was too complicated/risky to replicate exactly with a controller, on stage or during the hundreds of play-throughs when demoing to journalists afterwards.

Last of all, be on the lookout for trailers that watermark with something along the lines of “Actual Gameplay Footage”. The opposite of the almost apologetic “Pre-Alpha Footage”, claims of realtime are only added to footage a team believes to be so far in advance of the competition it is warranted, which displays both hubris and a subtle confession of guilt…