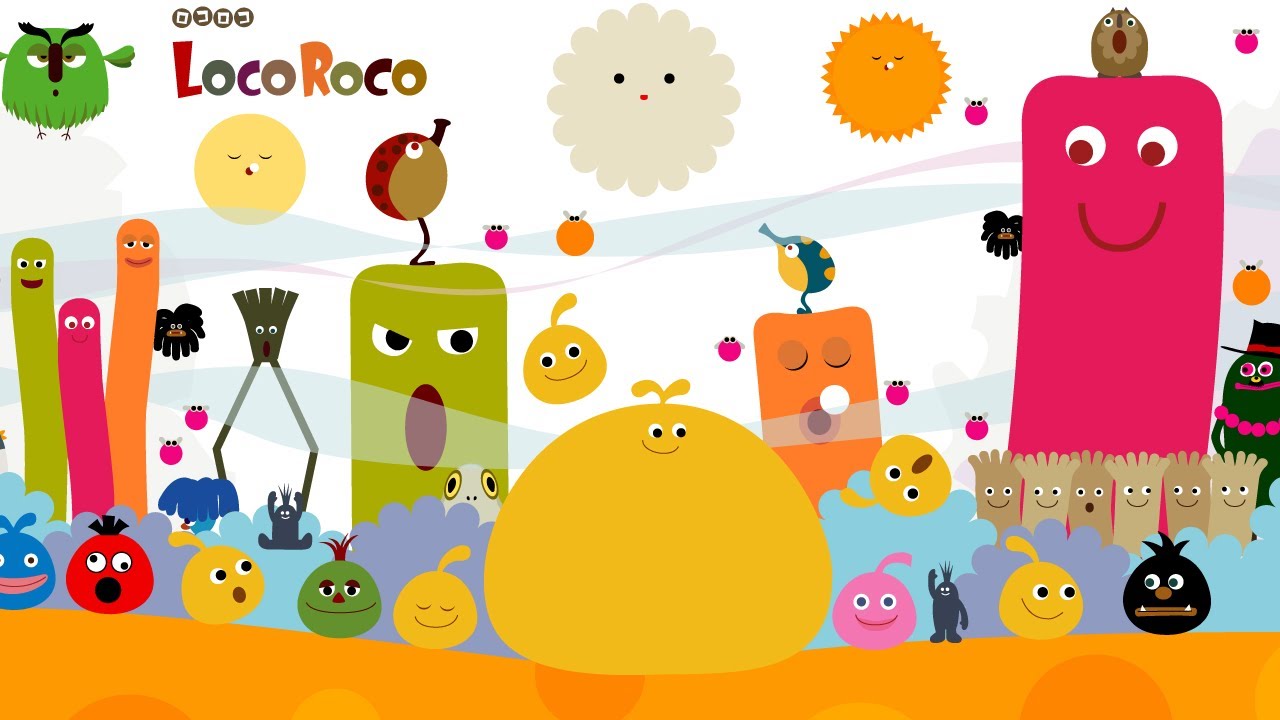 Recently, my DS charger has gone missing and I’ve resorted to playing MJ’s PSP. I’ve always been turned off by their size and reported lack of quality original games, but I just completed one that left me impressed enough to write about – Sony’s own Loco Roco.

Created by Team Ico alumnus Tsutomu Kouno, this game is notable from a motion design standpoint for two major reasons. Number one, it’s the first character game I’ve played featuring a fully procedural (i.e. zero animation) movement system, using a physics-based world to tilt and shake the titular squash’n’stretch hero(es) around the levels, but that’s not the subject of this post. Instead, the second and more notable feature as generally relevant to a wider variety of games is what really caught my eye – the eyes. The above image is a typical scene from Loco Roco, where the single blob separates into multiple smaller versions of itself. What elevates Loco Roco above other multi-character games out there is the procedural “look-at” system that gives the characters an illusion of awareness of each other. The system appears to choose priority-driven targets raging from other nearby Loco Rocos to merely just the direction in which they’re jumping, all of which overwritten by key objects such as the fruit below. Additionally, the simplified facial expressions afford a convincing reaction to events such as being jumped on (as in the first image) or a faux apprehensive fear of environmental hazards and enemies in the vicinity. These features combine to create a simple simulation of artificial intelligence. While we’re still being bogged down by path-finding and decision-making errors of AI we should be looking at ways of visually simulating (however reliant on smoke-and-mirrors) intelligence to mask or ideally compliment “real” advances in AI.I’ve found clever audio barks in games like Manhunt and Rainbow 6 Vegas greatly increases the perceived “intelligence” of NPCs that are likely doing nothing exceptional on the programming behind the scenes.

For anyone unfamiliar with this childish game, on top of it’s technical merits, it comes highly recommended – check out the original Japanese trailer below for an idea.