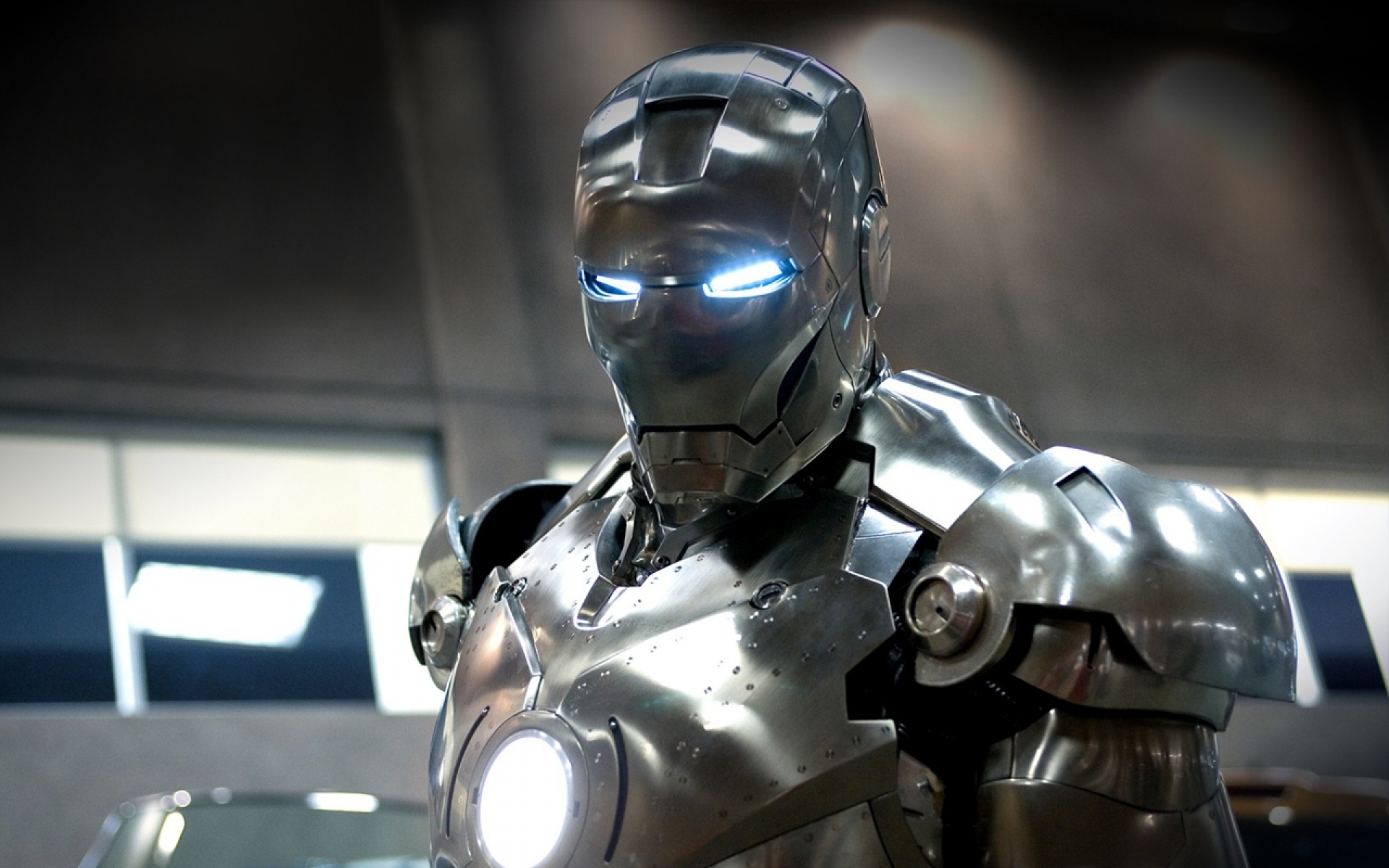 Just sneaking in before then end of the year, here is the second and far more comprehensive talk I attended at the earlier ADAPT conference. Happy new year everyone, et bonne anne tout le monde.

Beginnng with his history, Marc joined ILM in 1994 and has since then served on 20 films, perhaps most notably as Animation Lead on “Pirates of The Caribbean” character Davy Jones. As Ironman was Marvel’s own first fully self-financed feature, they had 6 different companies competing for VFX work. It was interesting to see that despite its reputation, ILM must still compete for bang-for-buck value as film studios are keen to shop around. It comes as no surprise though, that the work was won in part on the back of the impressive Transformers work.

To this end, he showed a rough animation test of Iron Man taking off done over the course of two weeks. ILM has plentiful archive footage from which it can draw resources, and for this piece air footage repurposed from Ang Lee’s Hulk was used to create a high-quality flight sequence.

The talk continued with Marc taking us through the various versions of the Iron Man suit, which were farmed out to seperate VFX houses. The Mk I was handled by Vancouver studio The Embassy, with the Mk II (above) by The Orphanage. Stan-Winston’s Studio was drafter to create the full non-CG suit, with the traditional approach of working on small maquettes to reduce costs.

From this base, ILM built the fully working Mk III suit in Maya, showing tests to demonstrate difficult rigging areas such as around the pelvic area. 44000 photos and 1100 quicktime movies were gathered for reference, and interestingly Marc displayed Photos as frames in .mov files for ease of access. These photos contained everything possibly having to be referenced or recreated in CG.

As part of the CG suit creation process, the team would make daily turntable renders to compare to the real Winston models and compared shaders to real iron balls. Regarding this, around 6 different damage materials needed to be created for the suit at various stages throughout the movie.

Chu admitted that Iron Man’s flight was based on Star Wars Snowspeeder movement, though initial air-brake test concepts were weak – based on an idea of the hero being some kind of “Samurai In The Sky”. Of interest, many of the initial movement tests were done by the suit modeller, whom one assumes must have been rather multi-talented, especially after we were shown the depth to which Iron Man’s endoskeleton was fully detailed and modelled.

The film featured lots of “Digital-Double” shots, same for cars & jets etc. ILM made continued flight tests on their choices of air shots, with Chu admitting that the relationship between the VFX team and the Director had never been as highly collaborative as this before, with the Director asking animators to provide ideas for shots. Sometimes entire shots were created to match ILM test renders.

For the final battle with Ironmonger, ILM had to redesign the back-piston rig to avoid crashing when he moved, with Marc demonstrating some excellent keyframed walk-cycle tests. On the set, actors interacting with Ironmonger traked a low-tech “head-on-a-stick” for eyeline reference. At this point he mentioned it was more difficult working on live-action plates due to the numerous limitations such as predefned locations where the character’s head must be placed.

Perhaps the technological highlight of the talk was the section on ILM’s proprietary iMOCAP technology that allows the motion-retargetting of CG assets using just the filmed plates, avoiding the requirement for motion-capture suits. This method was used primarily to allow actor Robert Downey Jr. to have the bulky MKIII suit added back on in CG in some instances where the real-life suit would have proven too resticting.

Surprising for a humanoid super-hero, only 4 shots in entire movie used real mocap. With the tally of CG shots as thus: Director Jon Favreau’s summation of the hero’s movement was, “Superman takes off fast and lands slow. Ironman takes off slow and lands fast”. With this in mind, ILM had to show a visible improvement to character Tony Starks attempts at taking off throughout the movie. We were shown jet-blast tests done over a still photo, (to create an easy looping sequence), with Chu remarking that this area proved a challenge compositing all the flare VFX.

As I’d been previously informed at Giant Studios, the team mocapped an actor in a wind tunnel with his feet tied together to get an idea of how Iron Man might perform during flight, but in the end this proved useful as good reference only. Of note, the actions during air flight used FK animation only – a change from the typically IK-based rigs ILM use in Maya.

The last part of the talk focused on the machine Stark used to build and don the suit, the “Suit Machine”. This effect required a tremendous amount of work to create, and was notable mostly for the technique of recreating the background set digitally. By capturing many photos, taken in multiple exposures, ILM created a single 360 degree shot of the set – placed on sphere like a videogame’s skybox. All shots during this sequence used this virtual background, with the Suit Machine (and Iron Man) rigged by another multi-talented indivdual, a Transformers animator that did some of the most complicated shots of that movie.

In summary, the project totalled 400 VFX shots over the course of 3 or 4 months, though when pressed at the end on a shot quota at ILM, Chu explained that there is no quota in the traditional sense, and the studio never rushes animators, taking time to get each shot right. As such, one presumes they have banks of animators waiting to pick up the slack when schedules slip, as he described the practice of bringing on extra people before deadlines etc. Overall, Iron Man had 15-20 animators over the course of production.