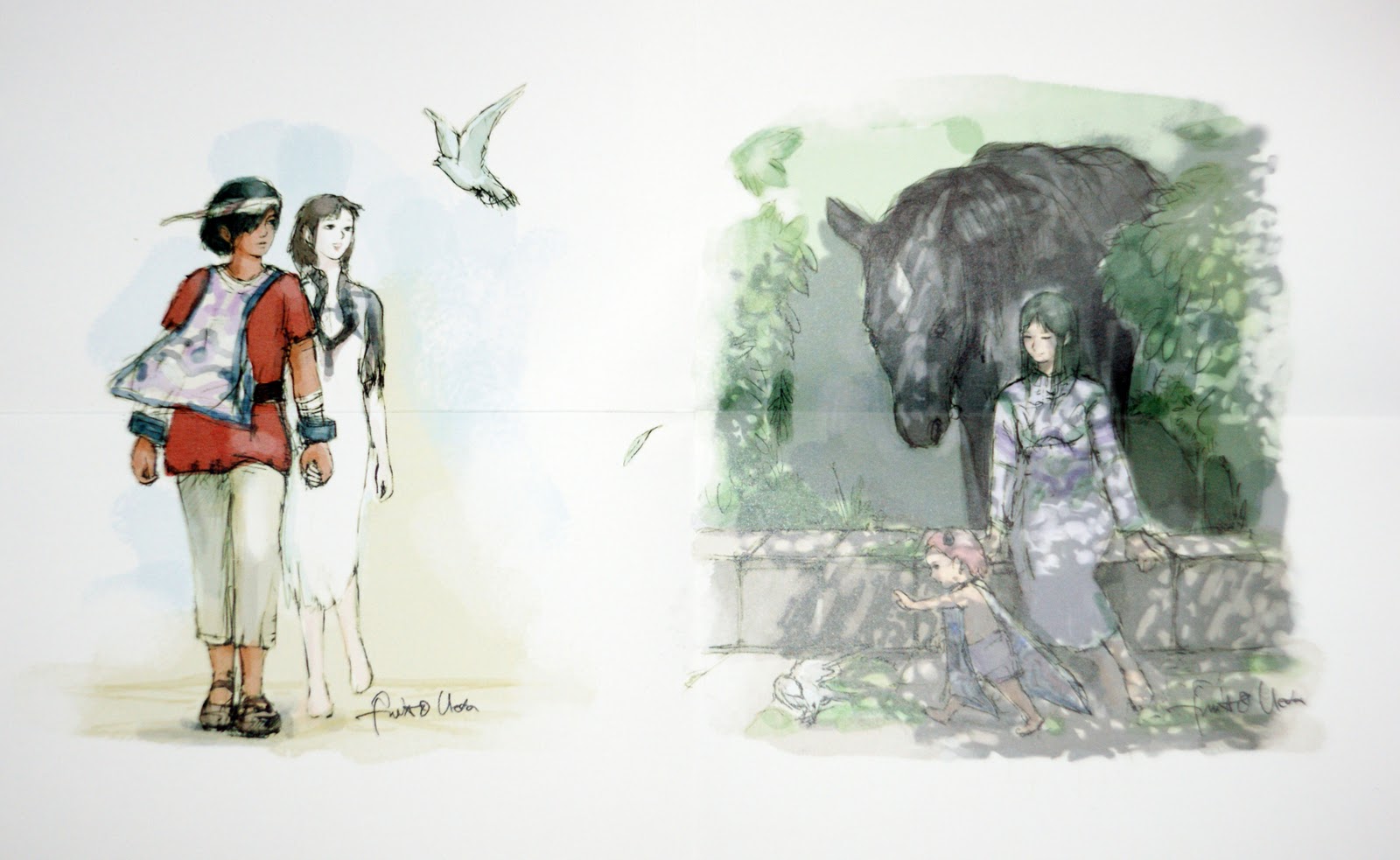 It’s only a few weeks until the release of oft-delayed The Last Guardian, the third in a series which is undoubtedly a game animation masterwork – always pushing the envelope in believable characters full of personality with convincing interactions between one another.

Director Fumito Ueda is himself an animator, so it makes sense he would design many of these aspects of the game. Below is a collection of production drawings he created for the series debut Ico that instructs the team in everything from the finer details of player character movement, gameplay cameras, npcs, environmental animation and cinematic cutscenes. (Also, see this early Playstation 1 prototype ‘Pilot Footage’ created to pitch the game – courtesy of awesome super-fan, Nomad.)

From an interview in the book Game No Ryugi, (translated by Shmupulations.com), Ueda has this to say about his chosen path:

“…I used to make little animated flipbooks. I didn’t really know much about the distinction between full animation and limited animation. But I thought it was cool how, in animation, it wasn’t about having a single, beautiful still image—in fact, when you look at a single animated frame, it might not even be drawn that well, but when it’s put together and animated smoothly, it looks cool.”

Images are taken from the Japanese Ico / Wanda and The Colossus HD box set. A huge thanks to my colleague Mari Kuwayama for translating the image text. Additional images are via the official Japanese Ico Art Book, scanned by multiplayer.it.

A complete storyboard of the sequence introducing Yorda to the player, including both cinematic and gameplay elements.

Rough storyboard from when the team was considering online elements, bearing a lot of similarity to the initial pre-visualisation video of Shadow of The Colossus. See a breakdown of the animation, (including the original pre-vis), from that game here.